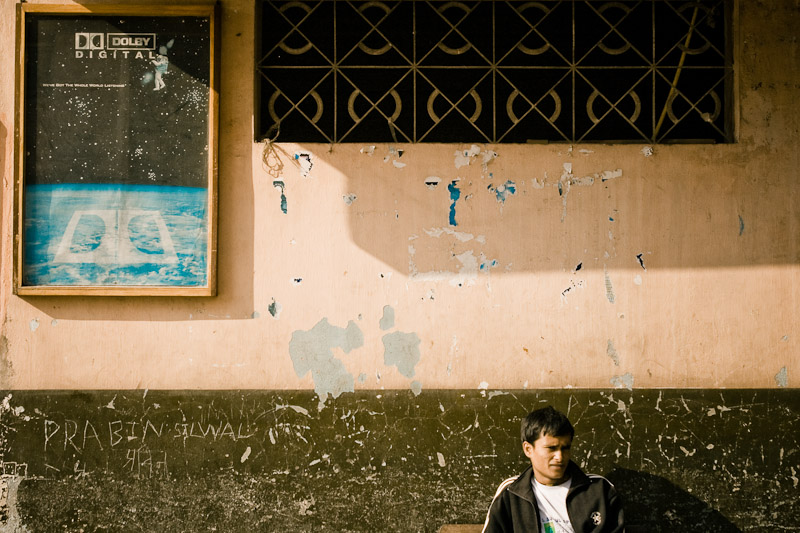 In the center of Kathmandu there are both: shabby cows rambling through the town and youngsters with mobile phones strolling about. There is a great contrast between scales of living in Nepal, the same way as in any developing country, though. Next to a huge black jeep, one can see a toothless old woman keeping dirty barefooted children off.

The situation in the country is not stable. Maoists have got out of forests and taken their seats in the Parliament, but there still are striking workers, malcontent peasants. Every now and then, members of the royal family are smuggled out of the country. After 11 PM there are only dogs, streetwalkers and policemen in the streets. The foreigners are asked not to leave hotels if it is not absolutely necessary. By these and other reasons, guards being on the door at the biggest movie theater in Kathmandu inspect  visitors for bombs, knives and other harmful things and substances.

After buying the ticket for 250 rupees (about 3 USD dollars) and passing the inspection, a well-to-do Nepalese can drink something in the theater bar, buy some beer, popcorn and something sweet for his girl. The choice of films includes films by usual Bollywood, local Kollywood and imported Hollywood. Perhaps, in the capital, the matters stand in a better way but the mean monthly income of an ordinary Nepalese is about 500 rupees: two movie tickets for the film about Bond.

There are, of course, cinemas in back streets here and there. The prices are lower there and the art is more affordable. Quite by chance, on my way from a stronghold of globalization, notably a school of design and fashion, my eye fell on the advertisement hoarding representing Indian superheroes. That’s how I hit on a common cinema for people of modest means. One cannot find there American movies, the most expensive tickets cost 60 rupees and the cheapest ones – only ten. In the beginning of the show boys try to filter into the theater and a lean guard keeps them off by shouts and clips on the back of the heads. The youngsters lose the change in a tiny room in the corner. 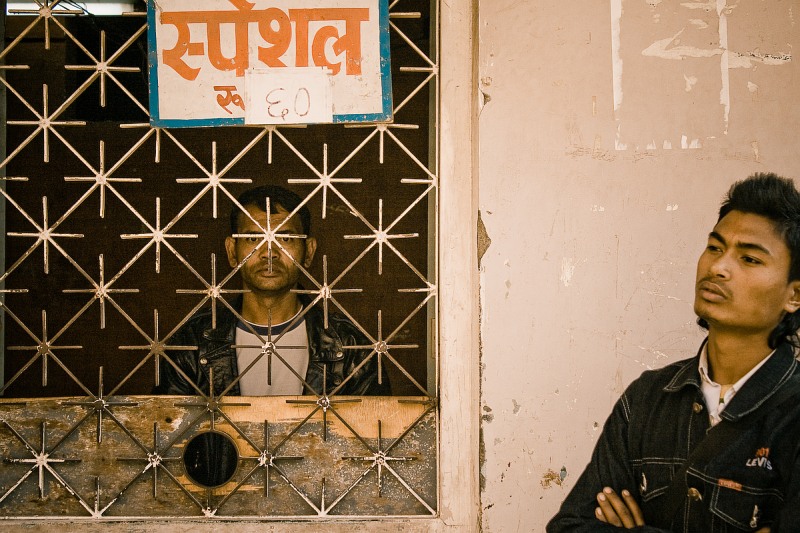 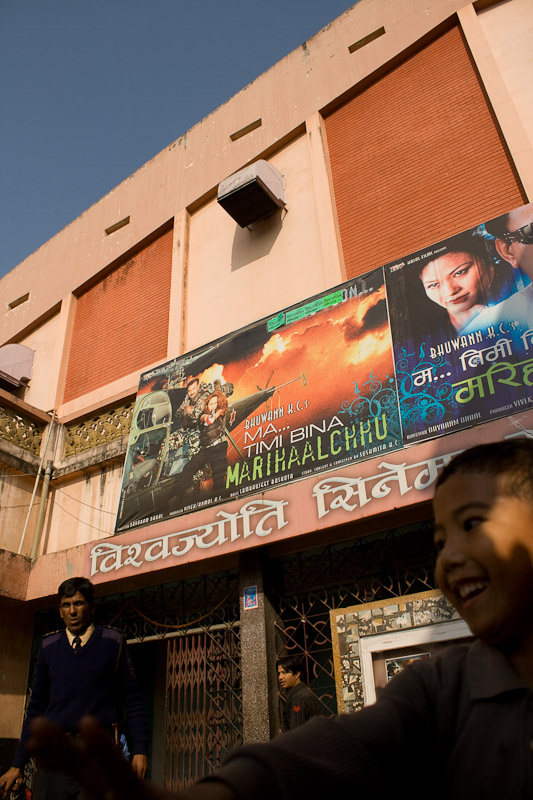 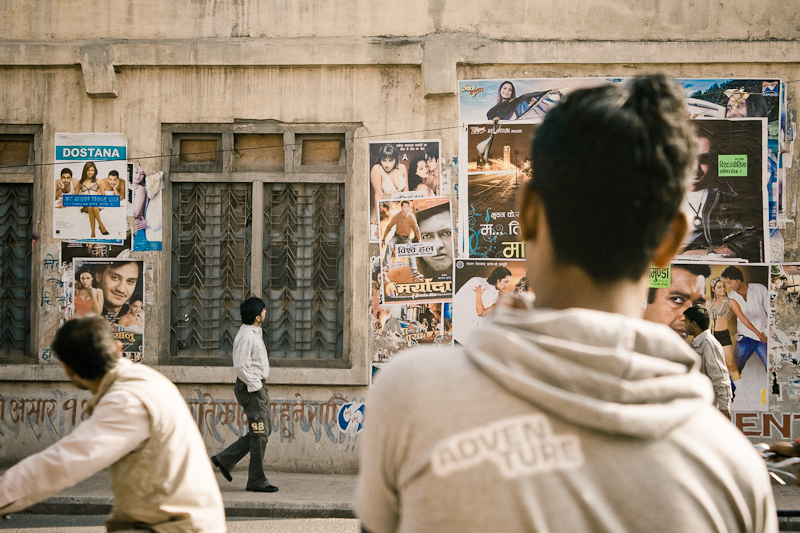 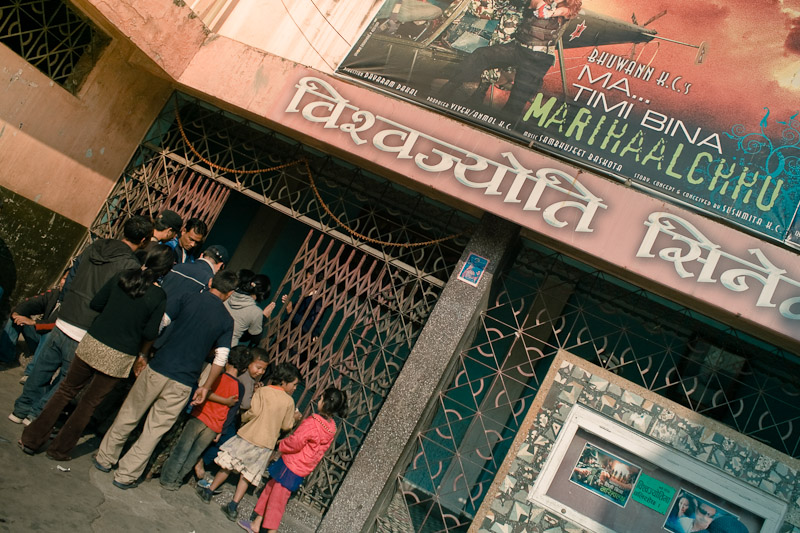 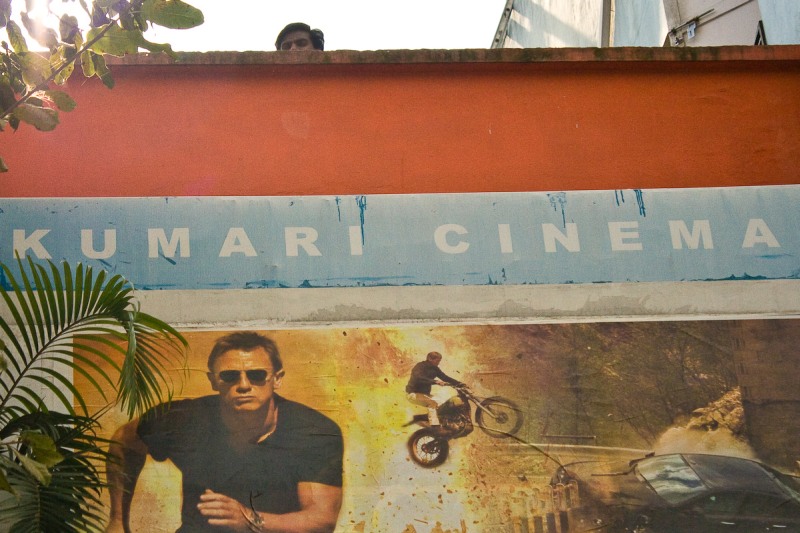 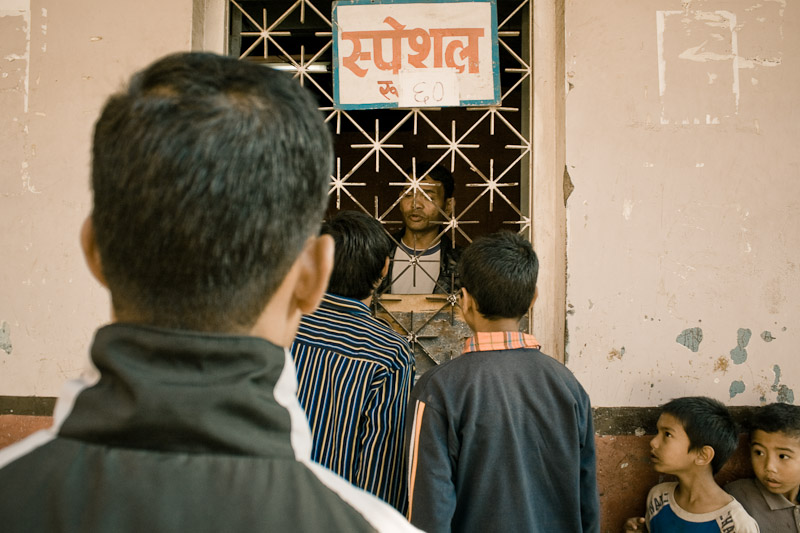 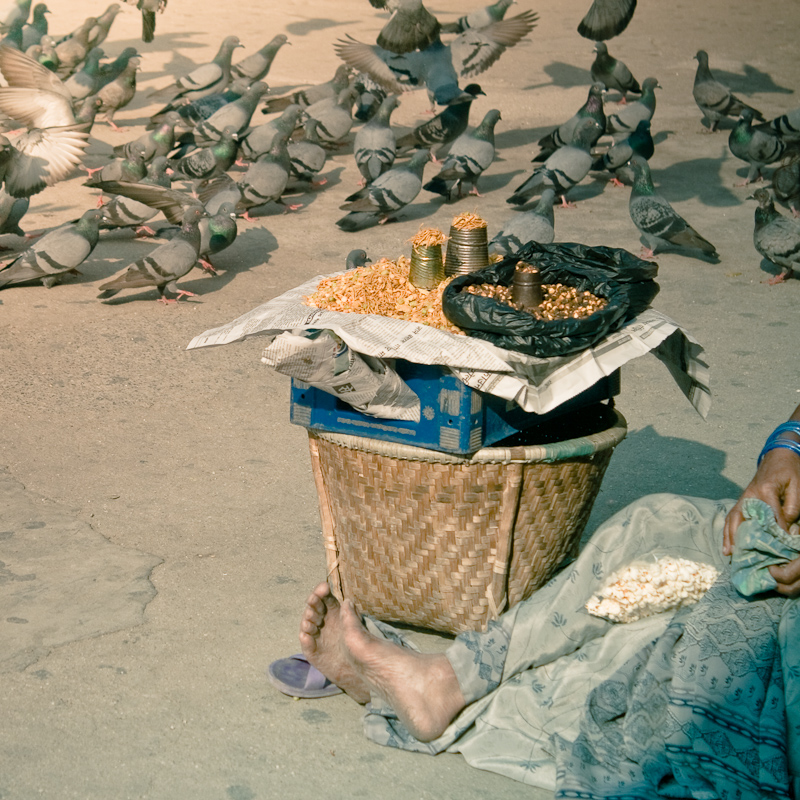 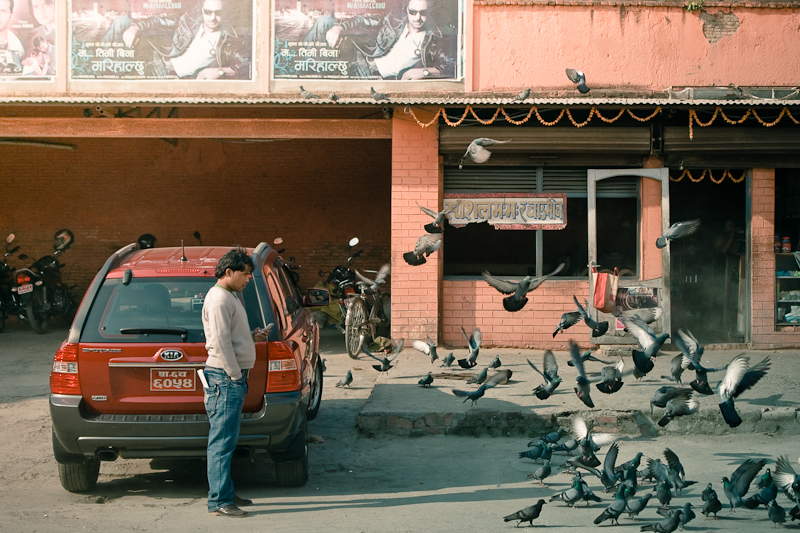 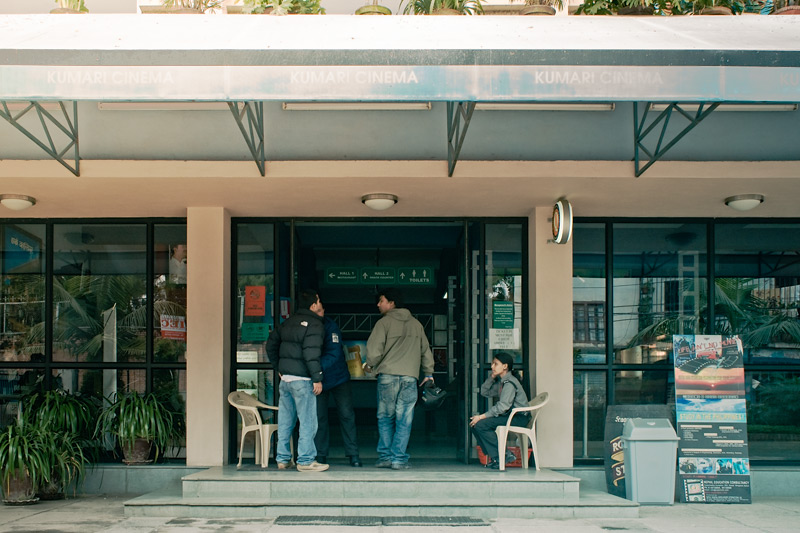 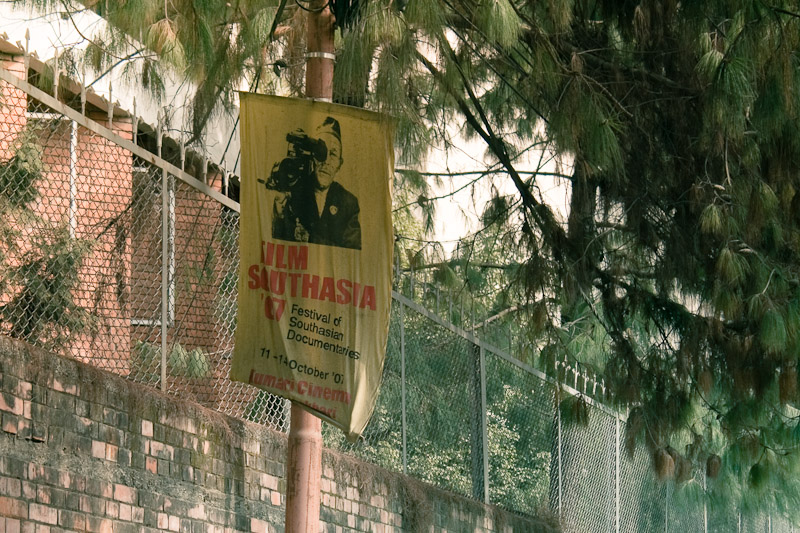 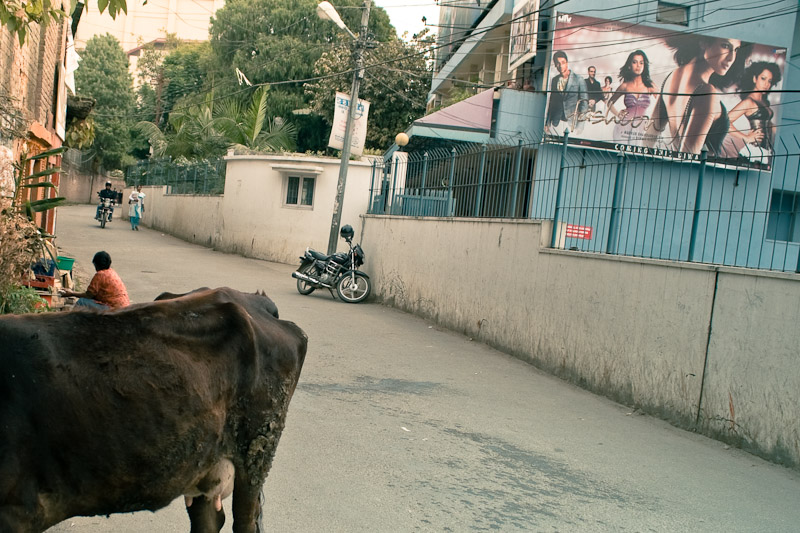 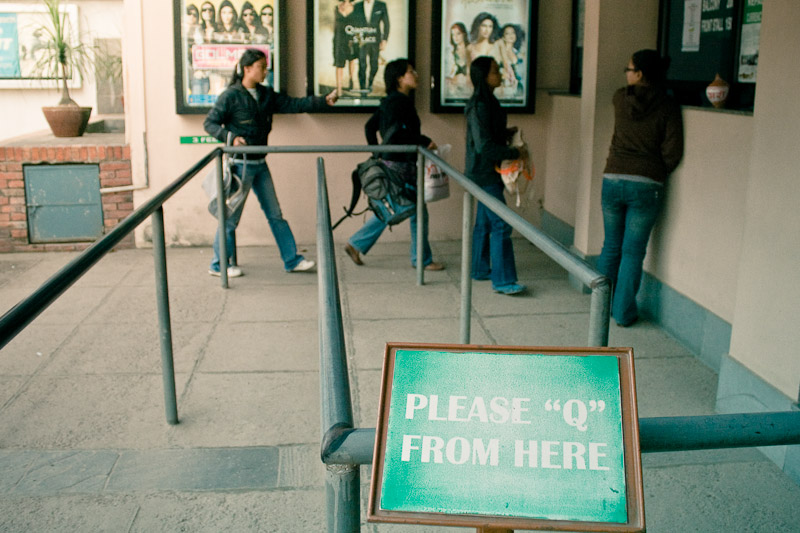 There will be a special post with bright pictures, explosion and beautiful Indian girls.