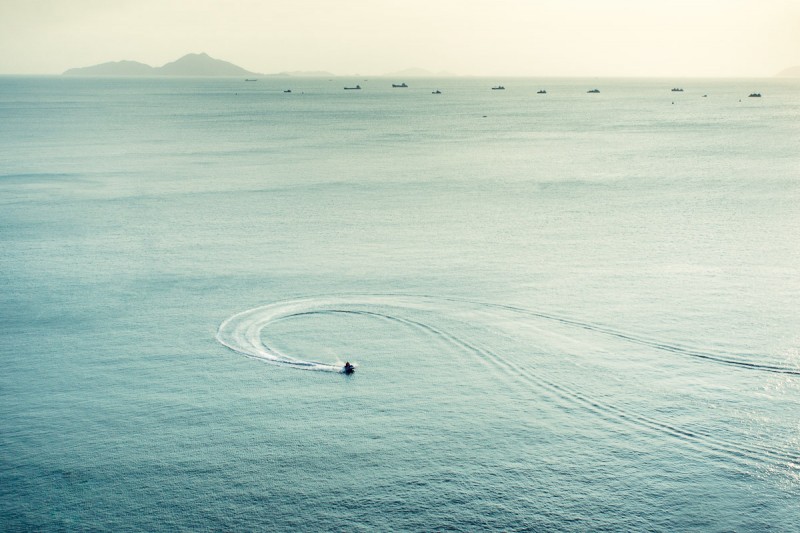 There are no cars here, on Lamma Island which is near Hong Kong. As soon as you have sailed up to Lamma Island you can walk up the hills and view the outskirts. Mainly, the view is traders and barges that can be seen in the distance. The island has an area of 13.55 km2 and is 7 km in length, the height of the island is 353 m. Only about six thousand people live there.

Lamma Island is half an hour away from the central part of Hong Kong. In the photo, there is another high-rise building which is being built in the port. 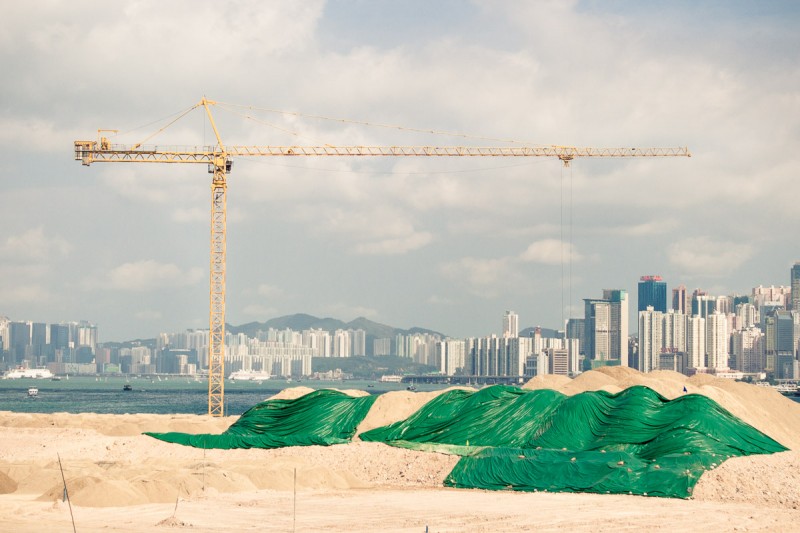 When I was ferried I took one of my film cameras (Smena) and shot a few pictures through the glass. 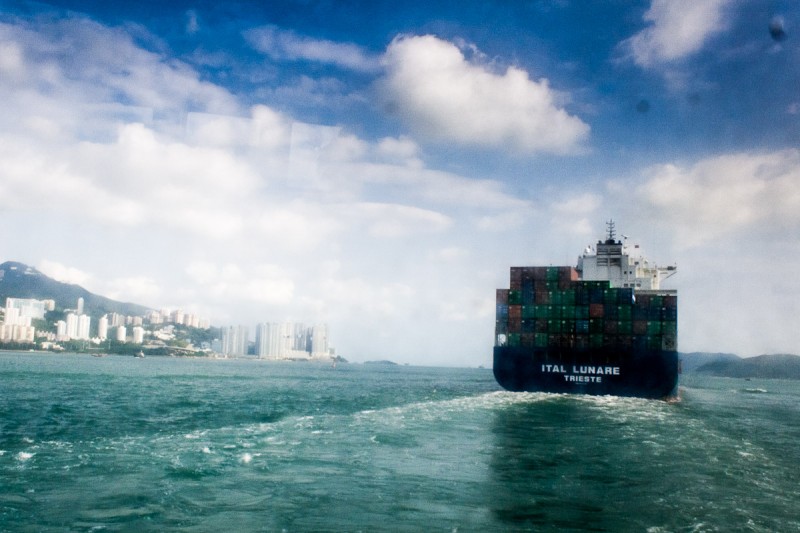 There were high-rise buildings of unusual proportions scattered on the shore. All of them had striking views of the ocean. I shouldn’t wonder if they are extremely expensive. 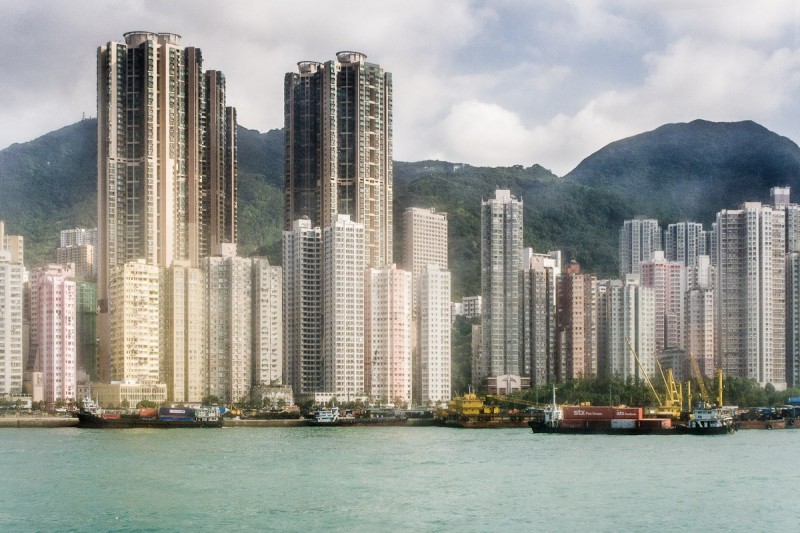 The tubing of a gigantic high-power station with the output of 3.736 MW rises over the island like a huge iron from the classic animated series “FLCL”. The output of the station together with the output of wind-turbines  which have recently been put on the top of the hill can be compared with the size of Bratsk hydro power plant. 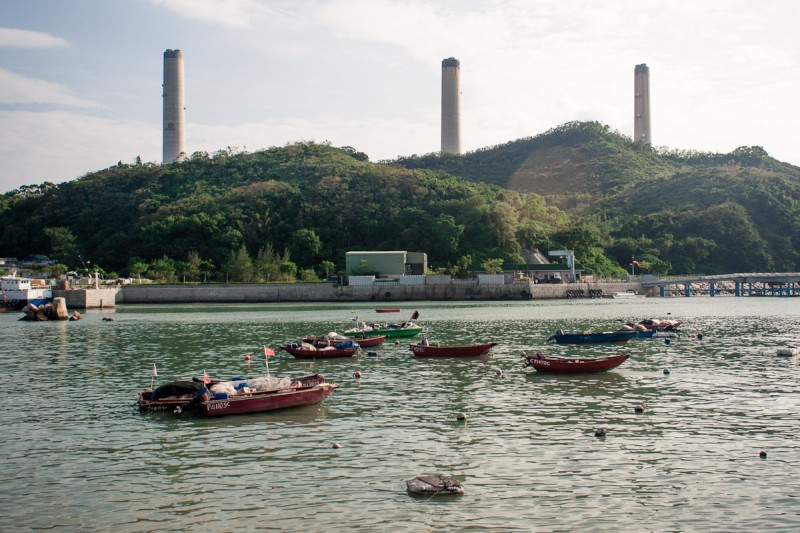 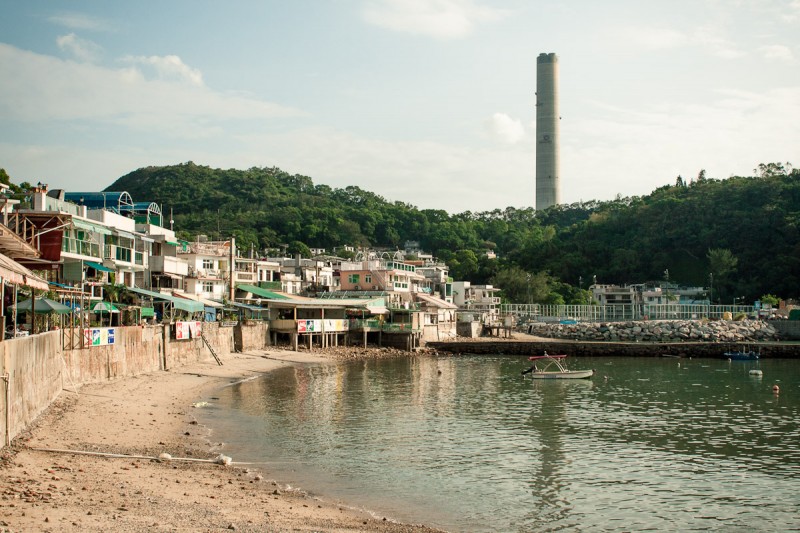 Tourists ride on kayaks and pedal catamarans in the bay. 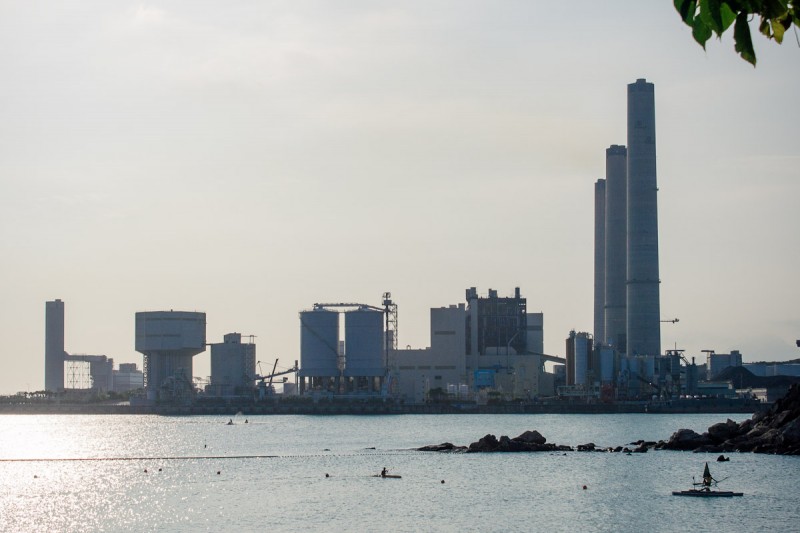 City dwellers buy up flats in a small village. 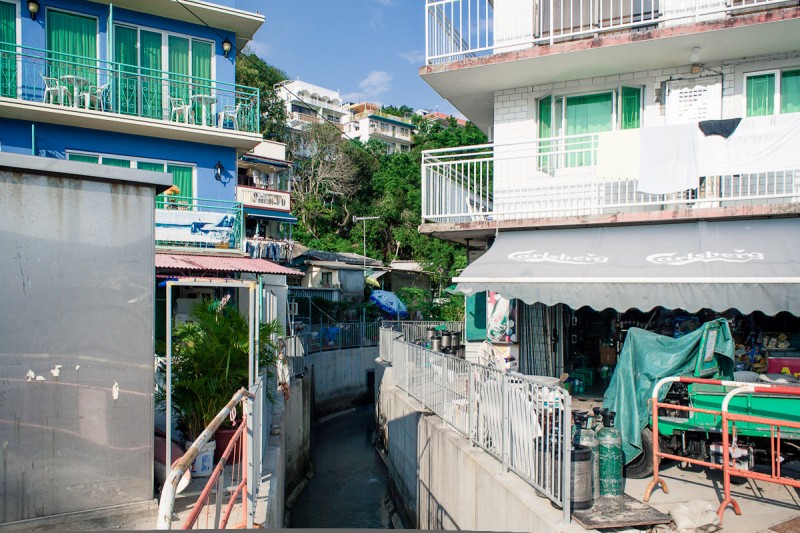 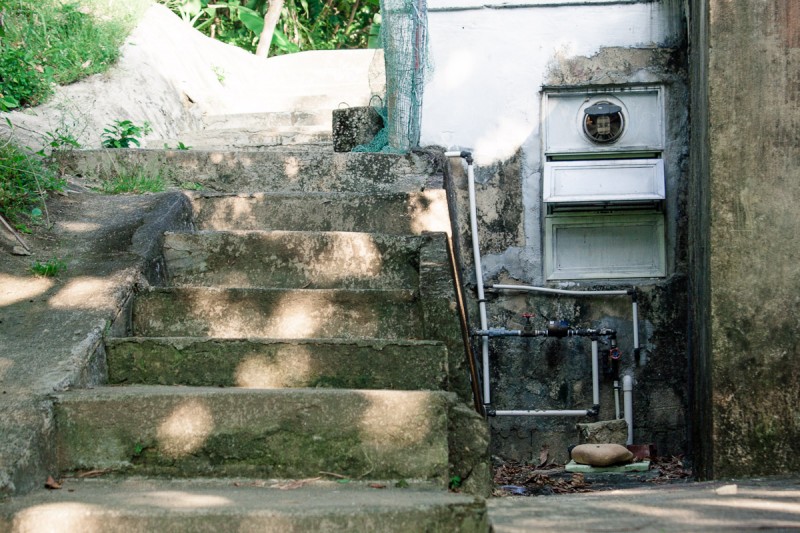 The state of some corners of the village leaves much to be desired. 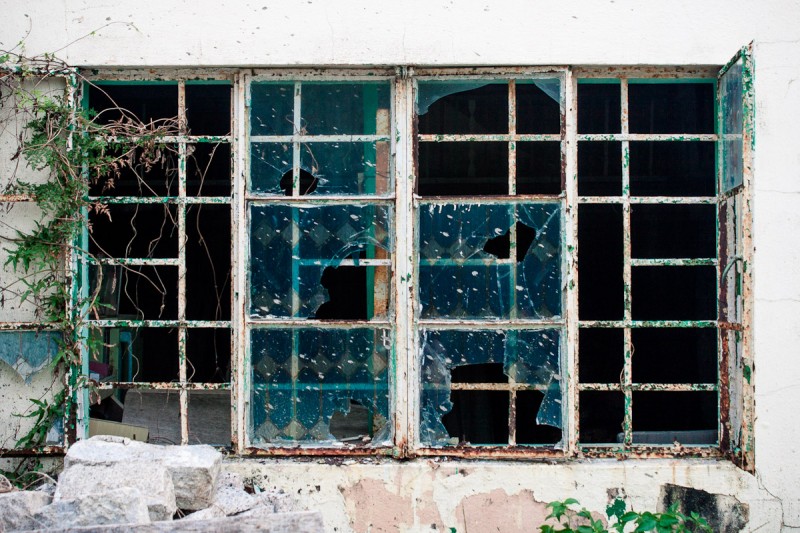 On the top of the hill there was one of the most affordable hostels, in which I almost stayed by mistake. There was a good distance from the hostel to the city, notably half an hour to cycle and half an hour to ferry. But as for the view it was just superb from there. 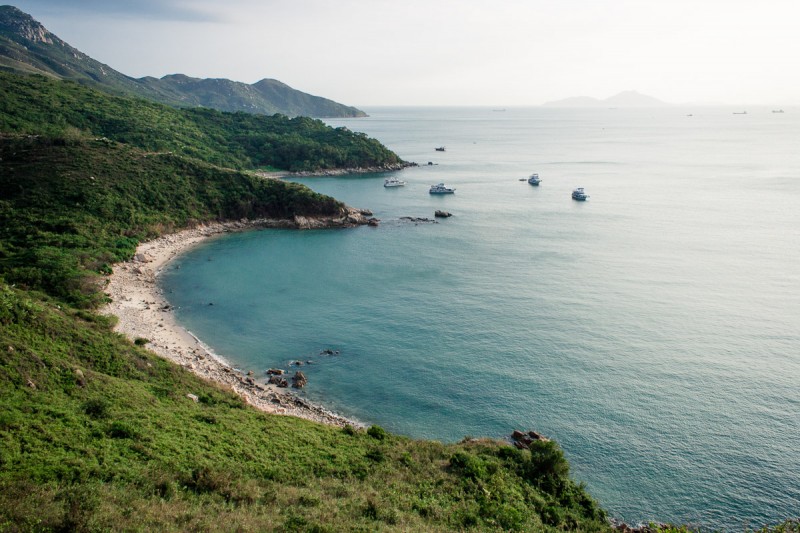 This is quite an affordable stay for hippies and for people of different ages that are keen on a “green”’ way of life. It can be seen by soaking/drying water skis on the roof and a fashionable painting of the shed. Something there reminds me of Raglan, a surfers’ town. 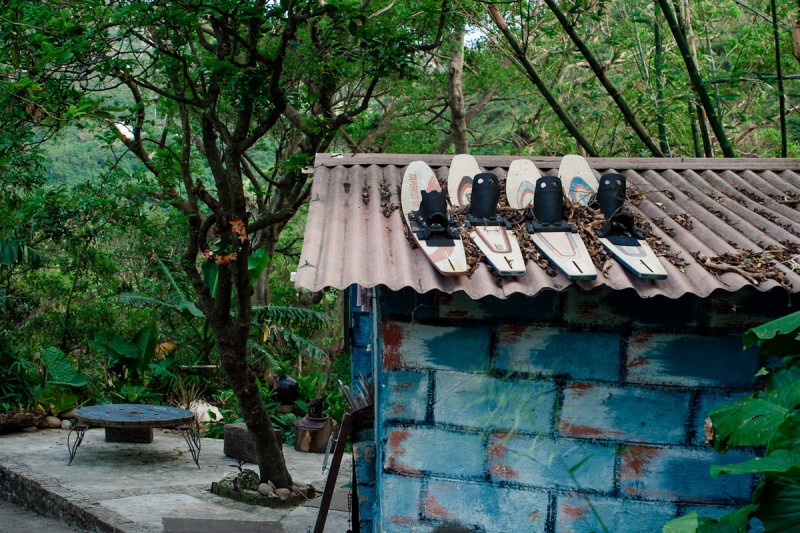 A lovely view of the power station during the sunset. 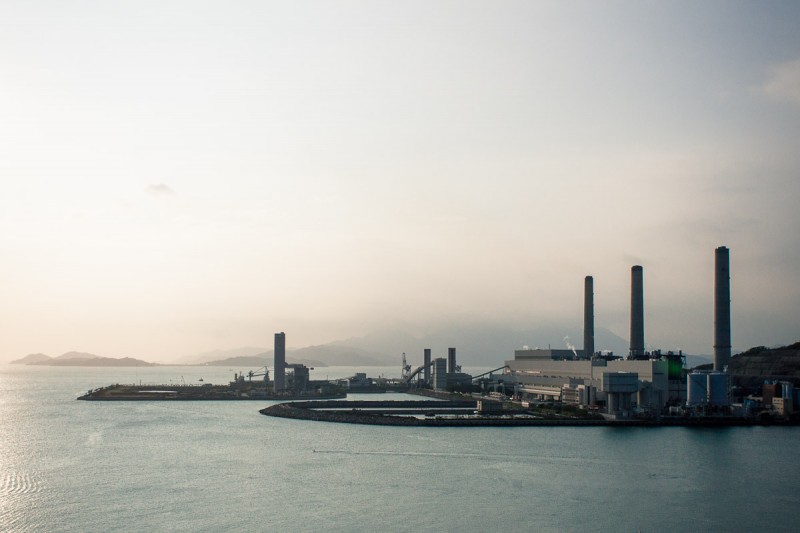 They say there is a hangout for outsiders on Lamma Island due to the ban on personal building. However, the city is growing and urbanization is inevitable. It is a common belief that there will be a “city-garden”, and it can’t be helped. You can see fisher’s floating platforms in the photo. 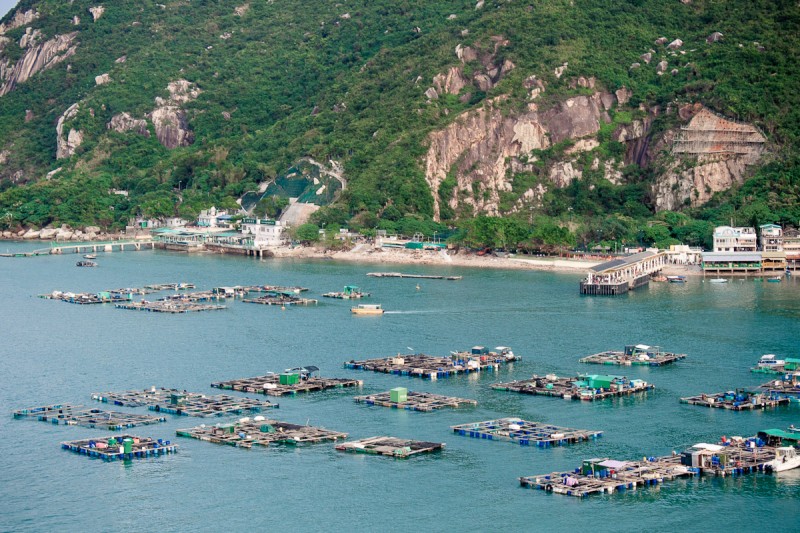 Owners of small yachts and cutters run around in the coastal zone. 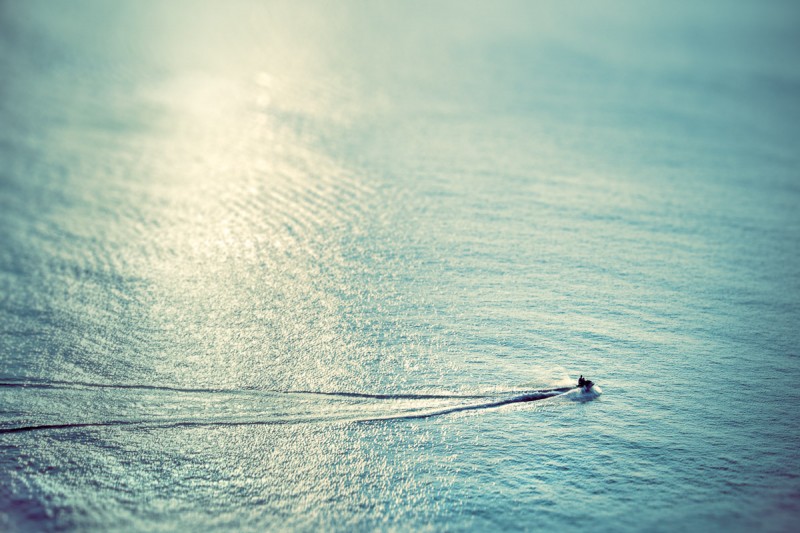