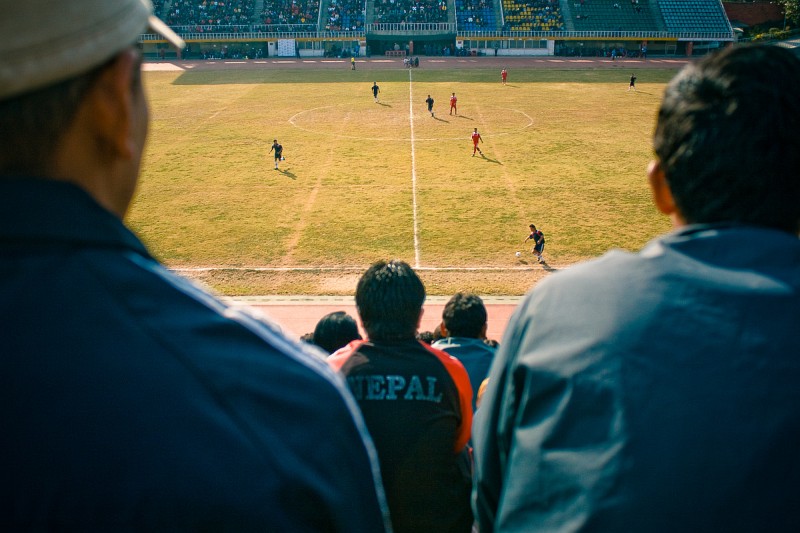 Here, in Katmandu, people like football (proper one, that in US called ‘Soccer’) very much. They play volleyball and lapta too but not very well. We came to Katmandu as participants of a photo workshop and succeeded in getting to the football field free of charge. My fellows showed driving licenses, I produced a shining pass to the New Zealand School of English. After that we were allowed to do everything. We could even go out on the field if we would. Pavel’s theme of the Sergey Maximishin’s masterclass we were undergoing in Kathmandu was “Resting”, and he photographed himself every other minute and in every place, say, in front of some picturesque football fan in the stands. He used to squat down in front of a fan at almost no distance of a mere foot away and looked at him through his camera. I asked him whether people felt bothered by the blind spot created by him and his camera. He said that it bothered them very much, and added: for the first ten minutes only. Our fellow Nick was bored at the time and sluggishly idled about in the area of the goal though the ball kept ignoring the goal line.

The match was kind of super final, so the stands were full and the price of tickets was up to 500 rupees. There were three kinds of entrance tickets: proletarian tickets for wooden benches outdoor, VIP tickets – for plastic chairs in the veranda, and super VIP tickets – for the row of plastic seats along the field boundary. I was a little surprised and alerted by the amount of guards at the stadium. They didn’t allow to take pictures of themselves.

The game was nothing special at all. The goalkeeper used to kick the ball out when threw it in, players kept tangling in their own feet and managed to score a goal only in the end of the game when everybody got tired. As I got it, the most part of people there supported guys in a black uniform. Perhaps, it was a national team of Nepal. But for all that, the game still hindered our efforts to take photos.  It kept drawing our attention from cameras  and not once I caught myself watching the ball. Have to say that people were not very active in showing emotions. After the only and decisive goal nobody became hysterical and no one jumped with joy. Instead of forming a hysterical wave they just raised their arms and sticked thumbs out as if saying “super”. I got lucky to find one teenager in the whole crowd, who jumped, shouted and applauded. He was surely playing up to my camera. 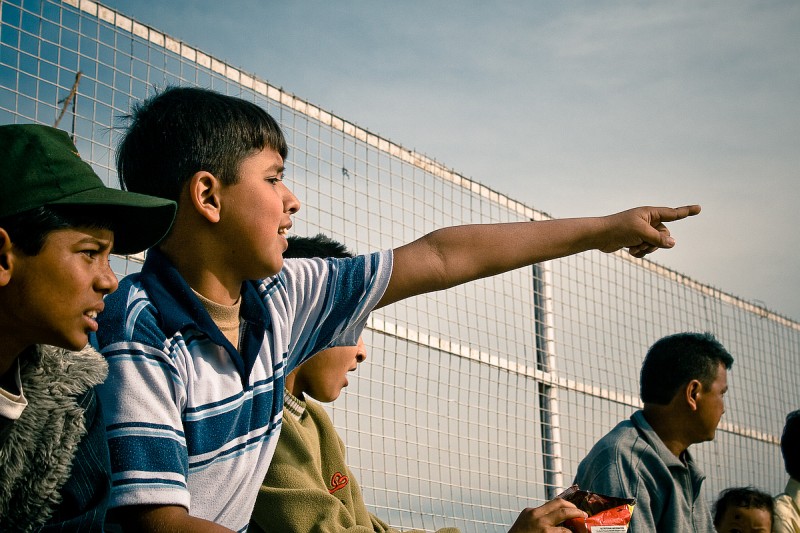 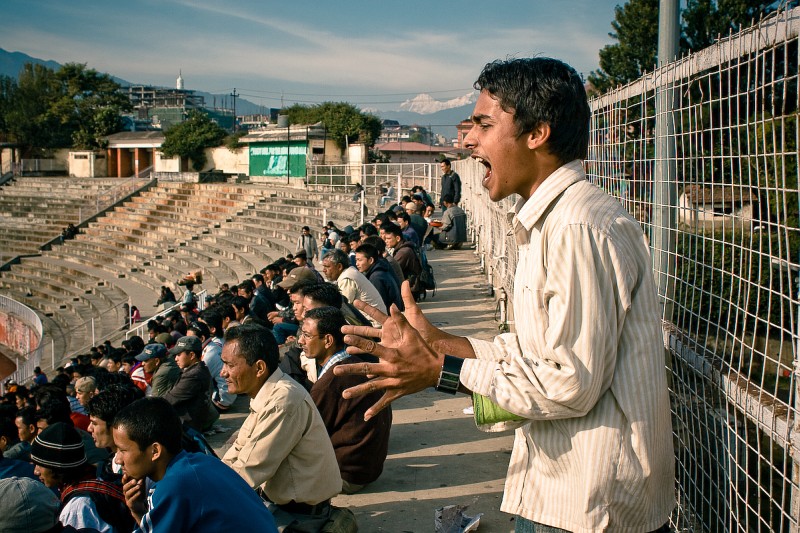 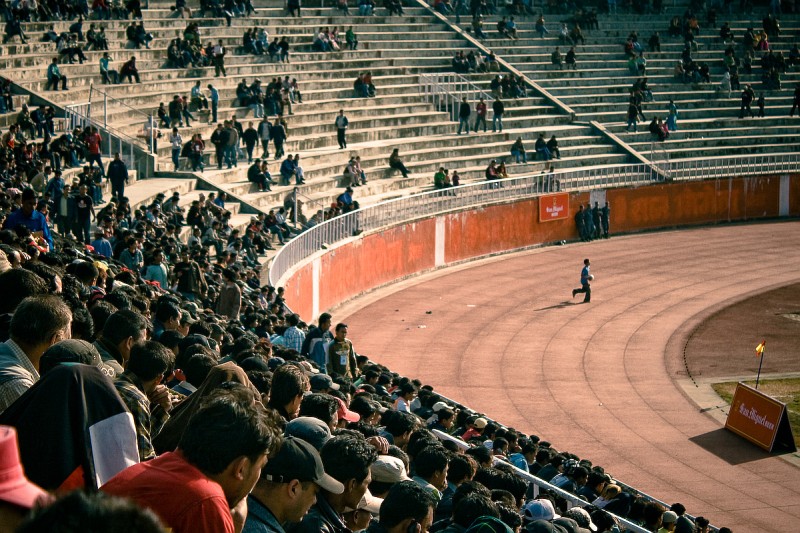 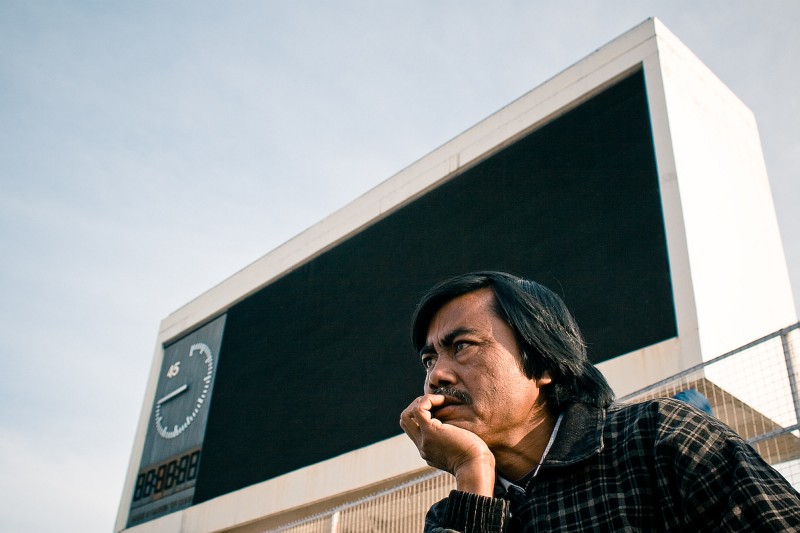 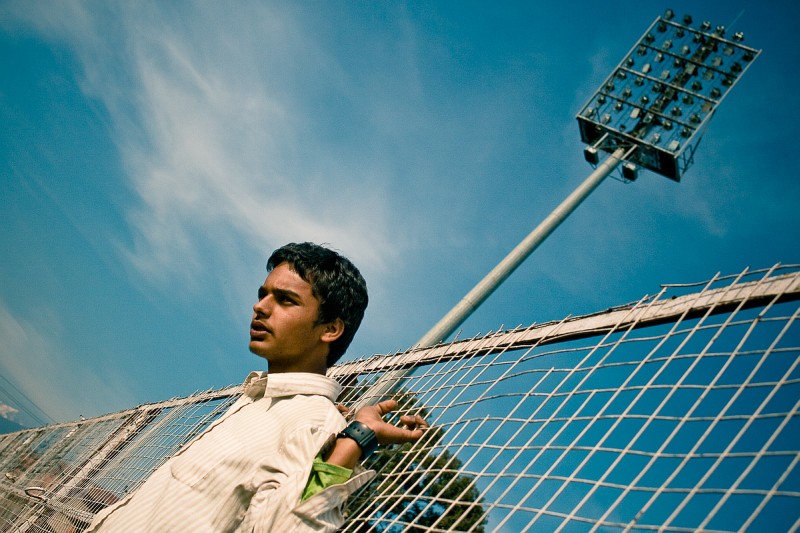 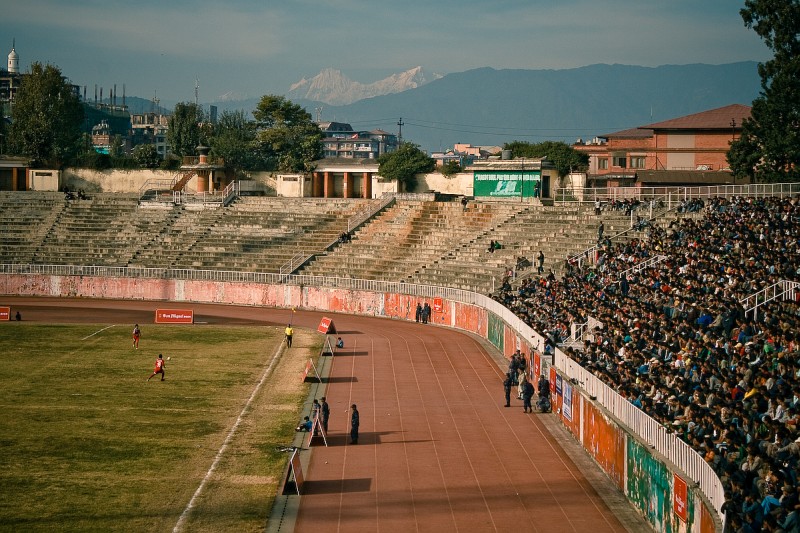 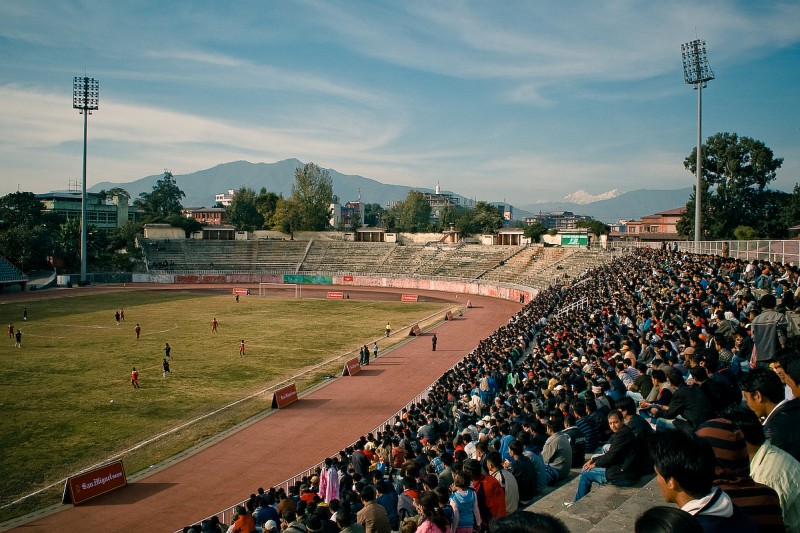 Our visit to the central stadium in Katmandy showed again that football had no boundaries.