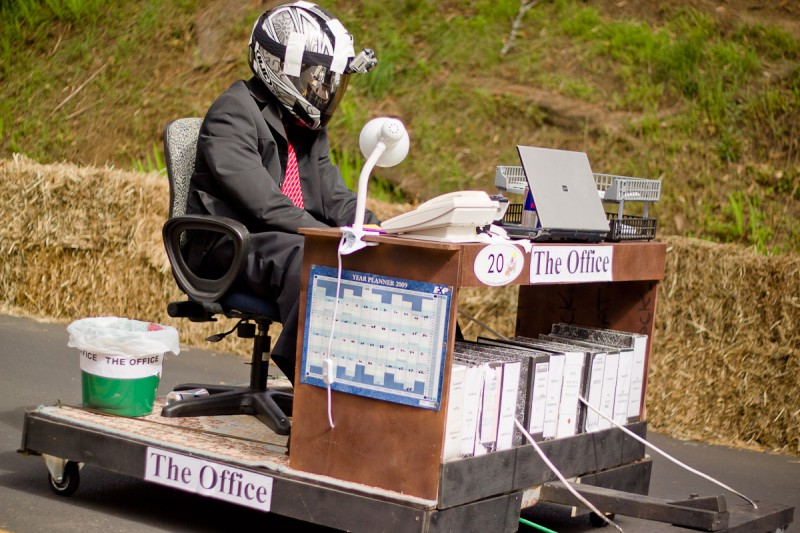 In my opinion, it was the best contender, and when he was racing down he was sitting at the office desk.

At the last weekend I took my portrait lens and went to an amateur racing which had been sponsored by the RedBull company. The post is continued with about twenty photos with comments.

That is a positive legionary in gay bright garments who raced in a chariot drawn, for some reason, by a lion. As the saying is, “WTF?”. 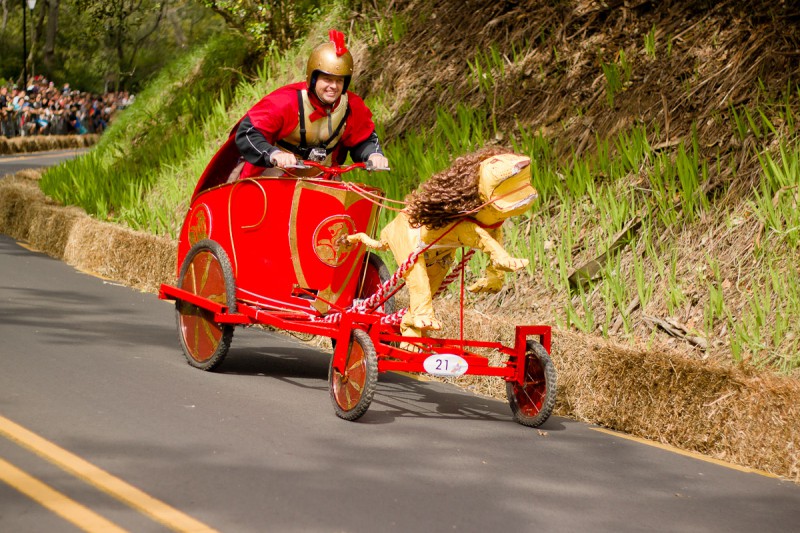 Bamboo panda #22. Everybody likes pandas, even a strict (to a considerable extent) jury of this stupid contest. 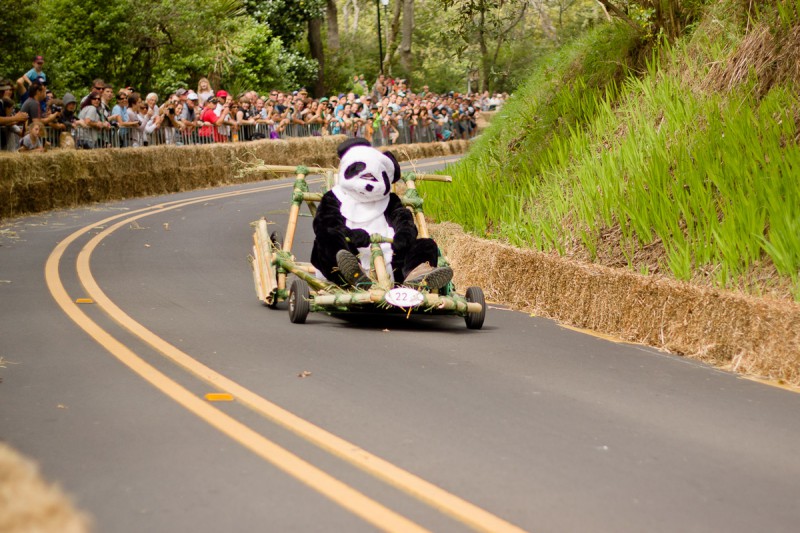 Go, greens! The guy gathered his vehicle out of refuse bins of common use. 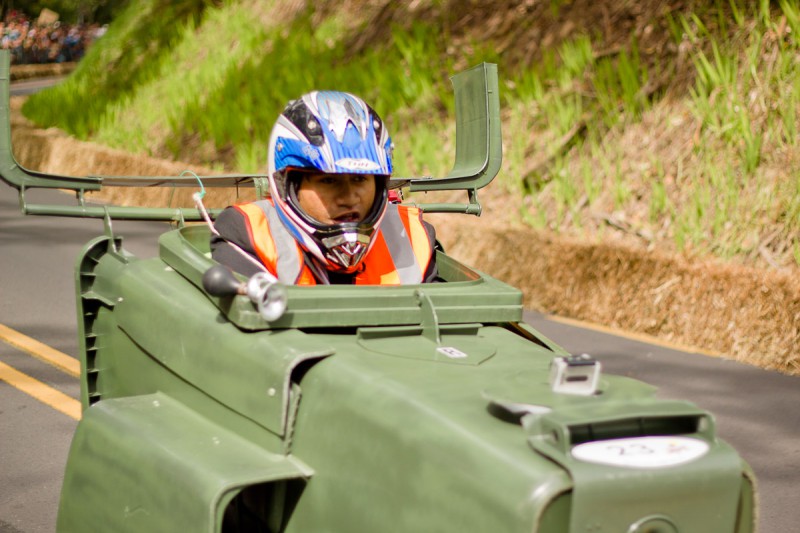 Circus format. A colored old guy with funny mustache was far from showing the best  results in the racing but he was a pretty fun for the spectators amused by his appearance and music. 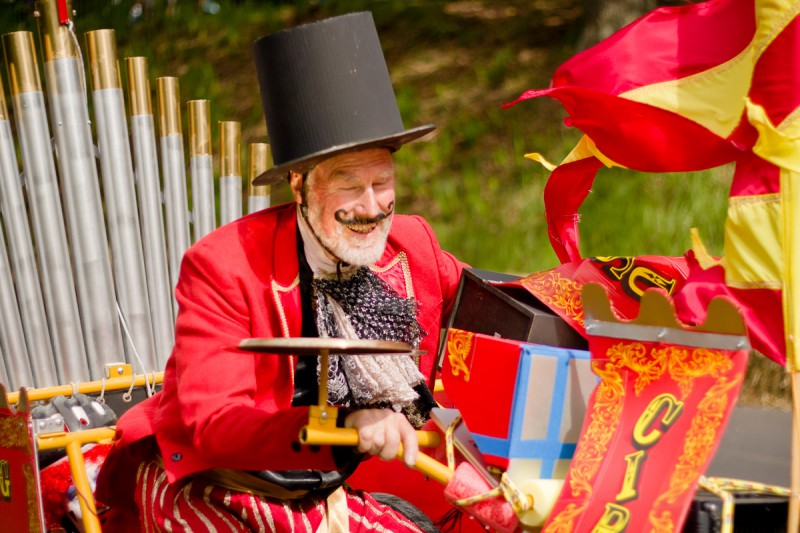 A thoughtful youngster with an unwashed hair and in round glasses. I am almost sure he makes verses after working in a supermarket. 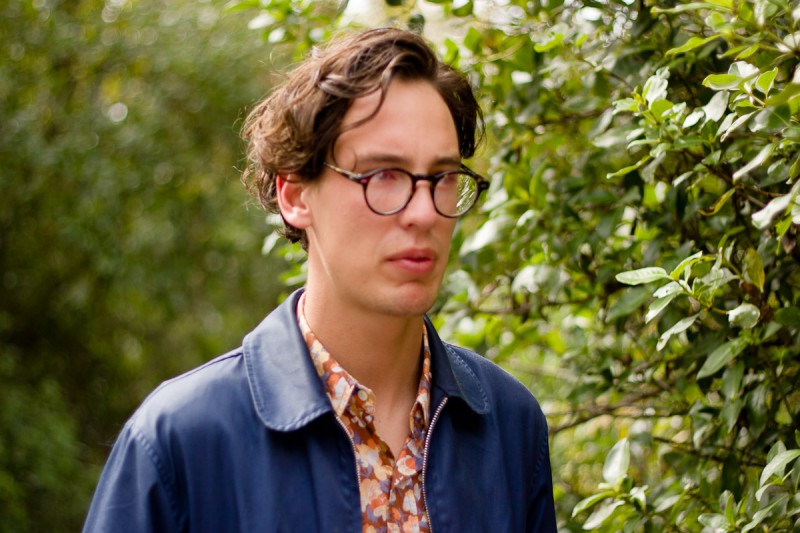 There were really a lot of people with telephotos and other photographic jerking. You people buy equipment costing thousands dollars for such “big” and “important” events.  The density for the semi(-)professional series of Canon reflex cameras reached the values being very high. 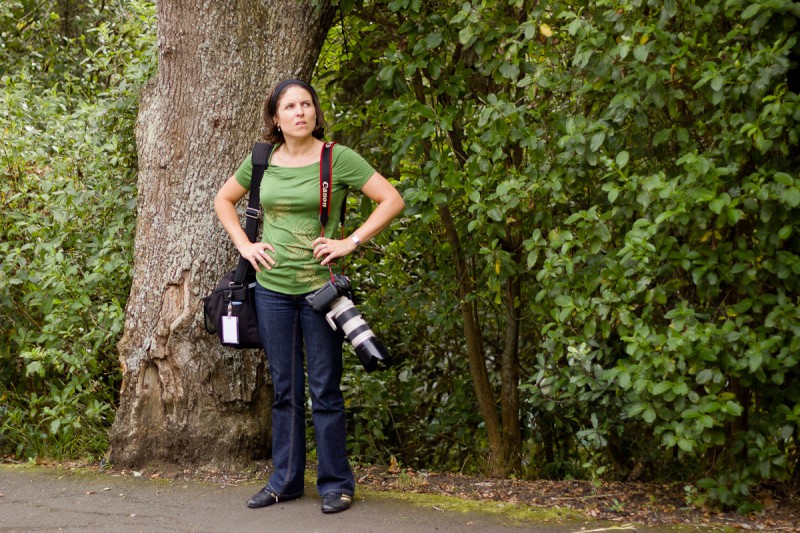 An unfastened button, a rosy back, red earrings and an islander’s neck. 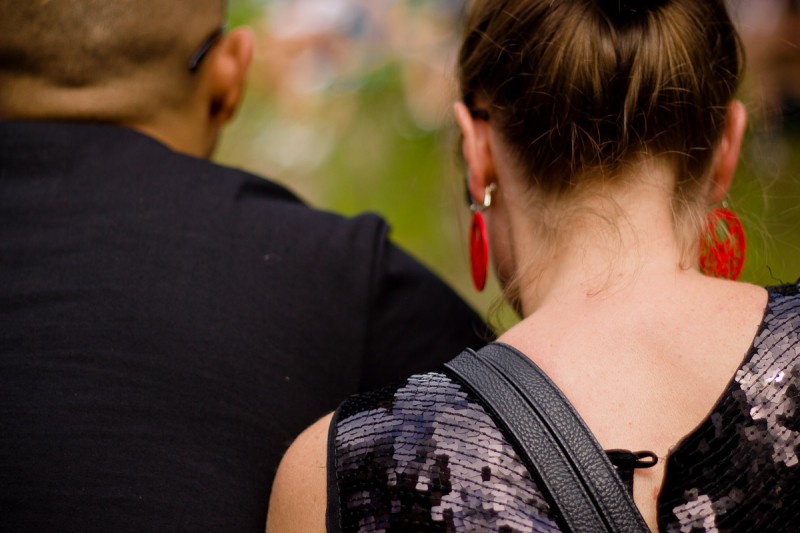 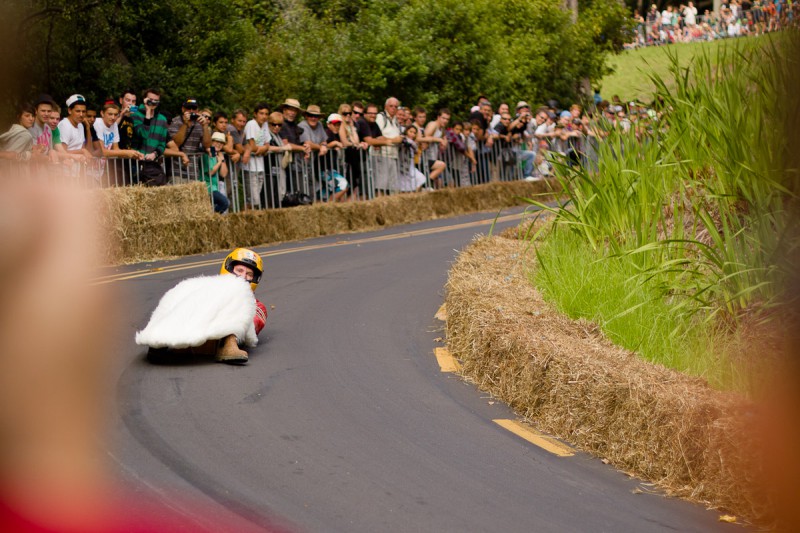 For some people any festival is a reason to wear a fancy dress. That is how these pirates get there. 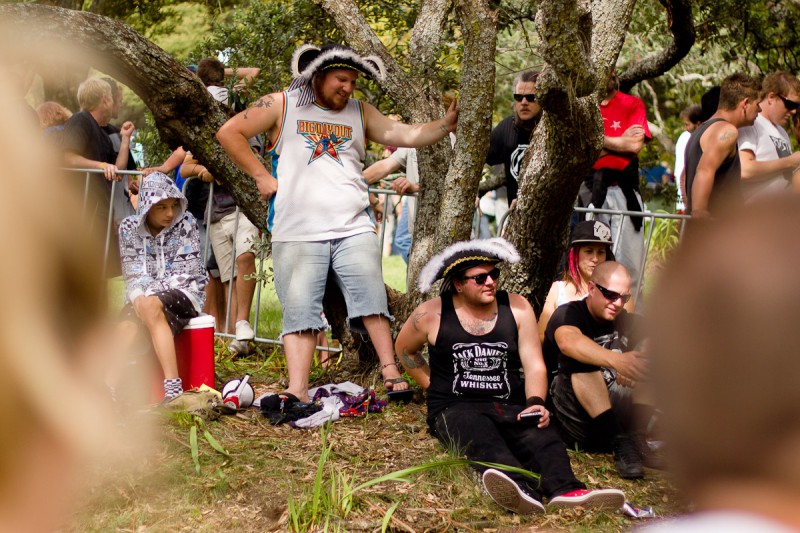 People were constantly moving along the racing route. Some of them were directing at the start place to see dancing and DJ s. Others did the opposite by going to the finish to have a good look at the vehicles. Many of people thought the way through the forest to be the shortest and most comfortable way. 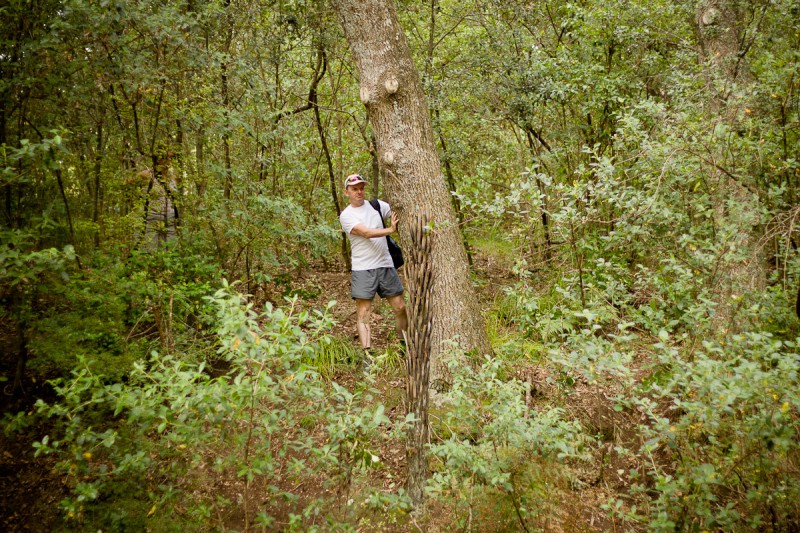 Dedicated to the Cosmonauts Day. The racing car of the USSR fan was the nicest but the racing was far from nice, in fact it was the worst one. All the racing way his vehicle was being pushed by a technical assistance car. It is a pity, the lap could be showy. The day before, the guy was said to be forced to make his rocket over because it was overbalanced. One can see a small toy dog under a bell glass in the front part of the vehicle. One of children standing at the finish said to his Dad, “ Gosh, I thought it to be real!” I didn’t think that way but still believe that the device made by the guys from the studio SANDVIK was good. 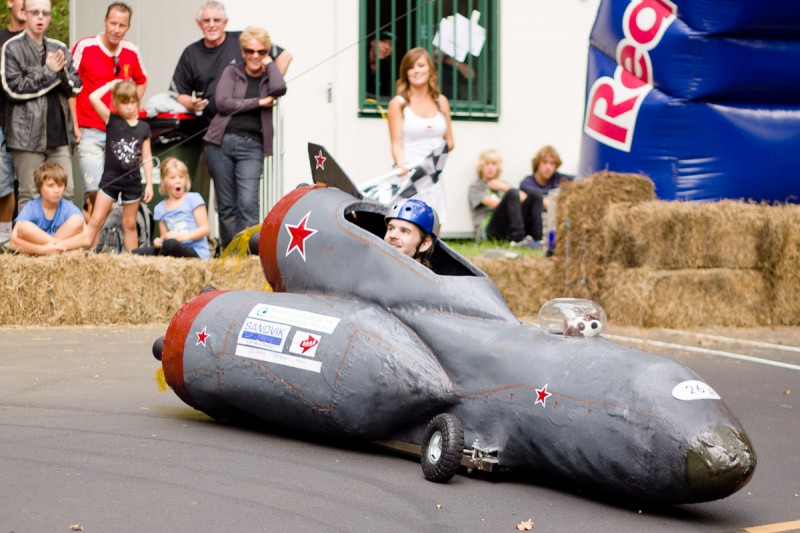 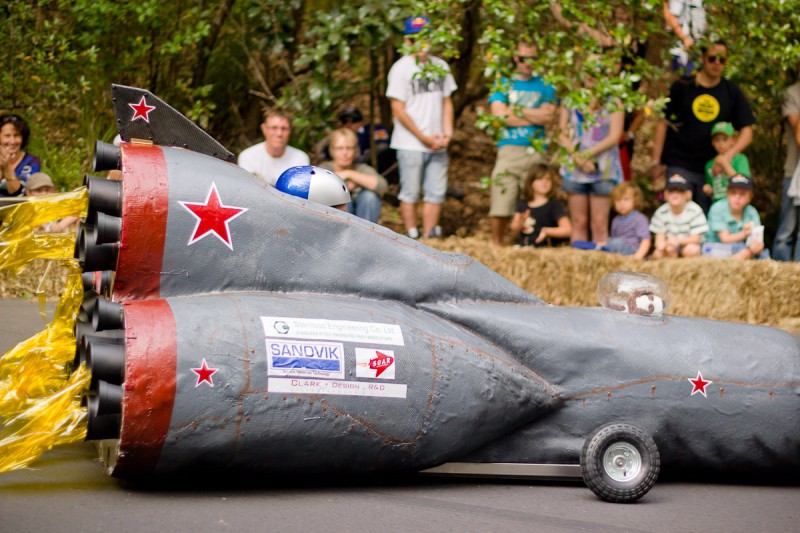 The tribute to the long-range lyricism: an orange truck with an index plate “SNATCH IT”. 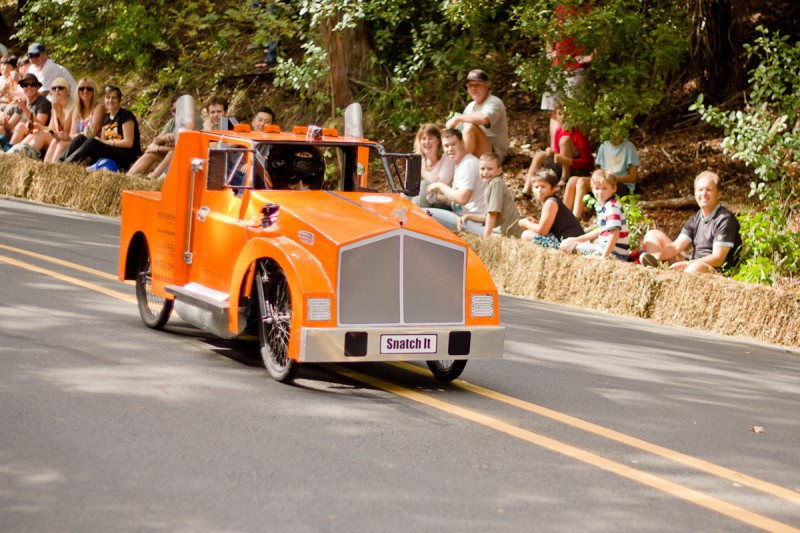 The driver of the orange truck is telling the story how he broke his leg during the training lap. 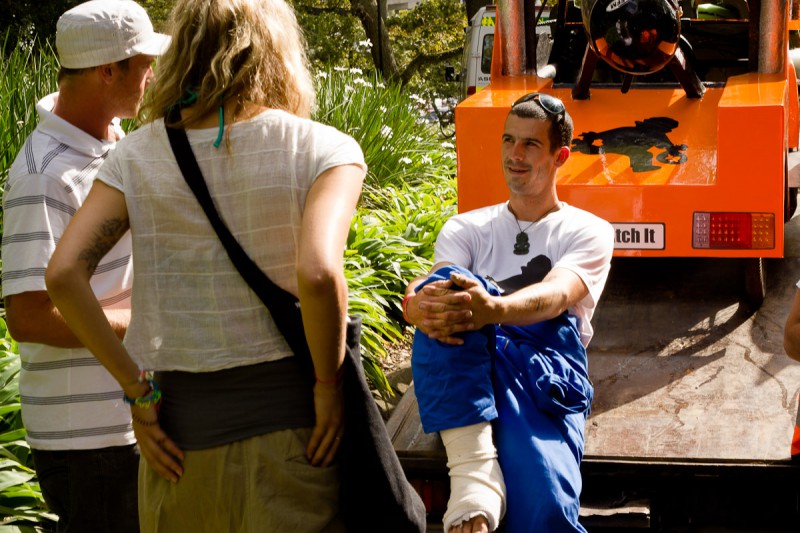 One of the showgirls at the finish. 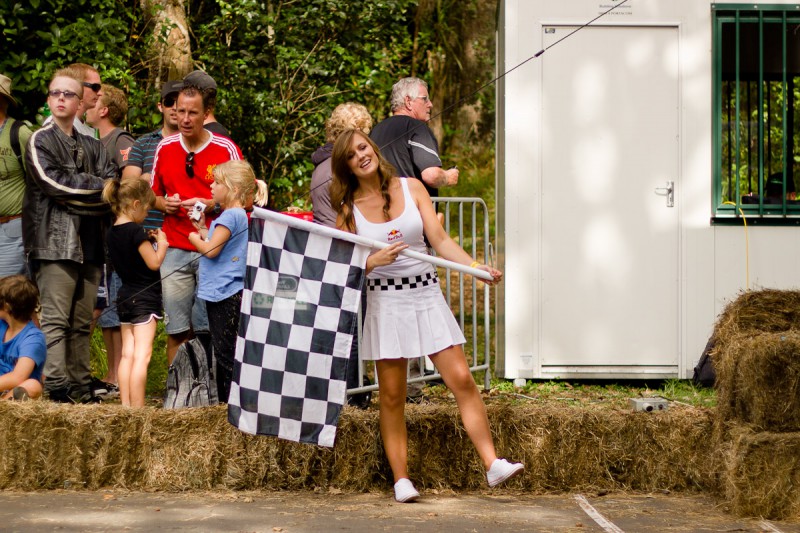 A girl in the crowd: a typical Anglo-Saxon face. 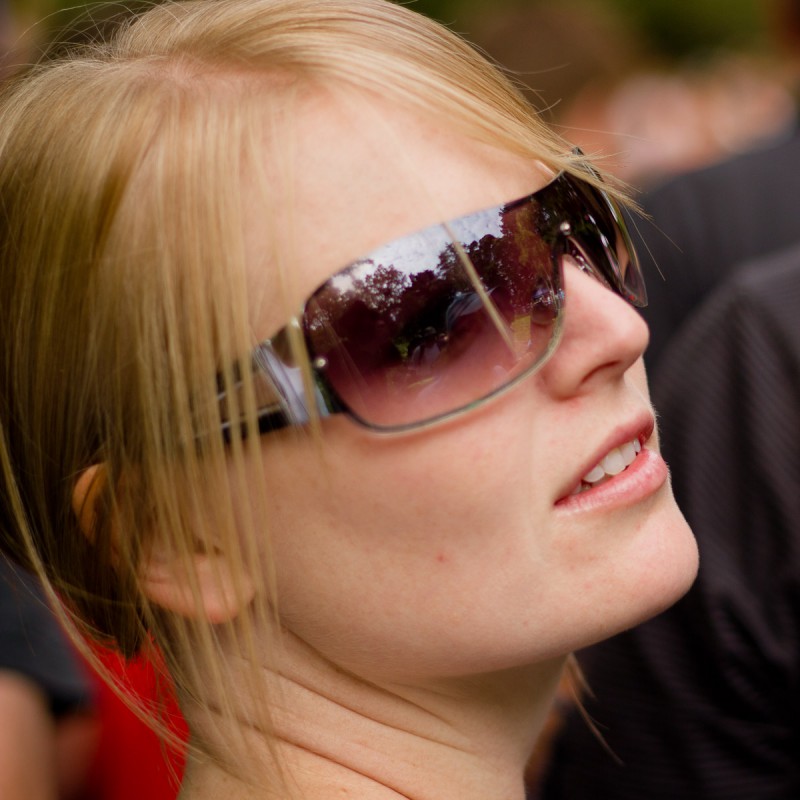 A hard-rock driver! A strange device in the form of a heavy-metal guitar. It’s stable, I think, but not very fast. 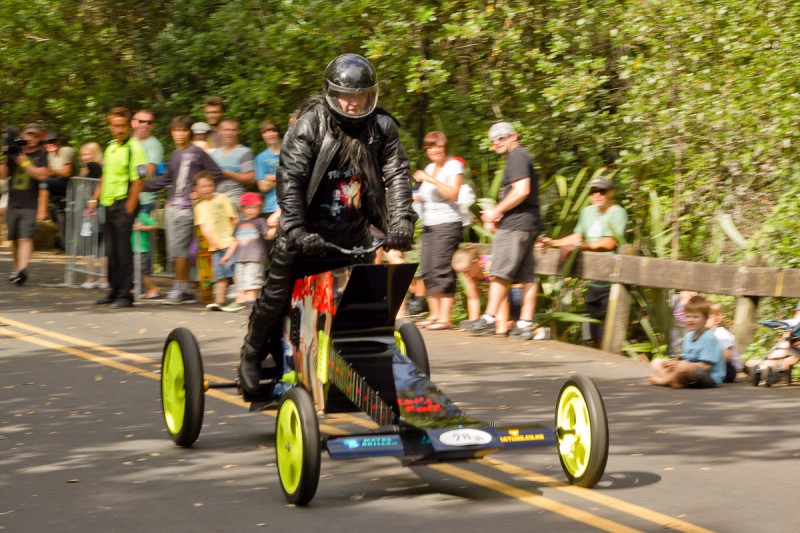 By the way, the speed was honestly measured with GPS-trackers, and a strict  guy at the finish put them together under the drivers’ signatures. 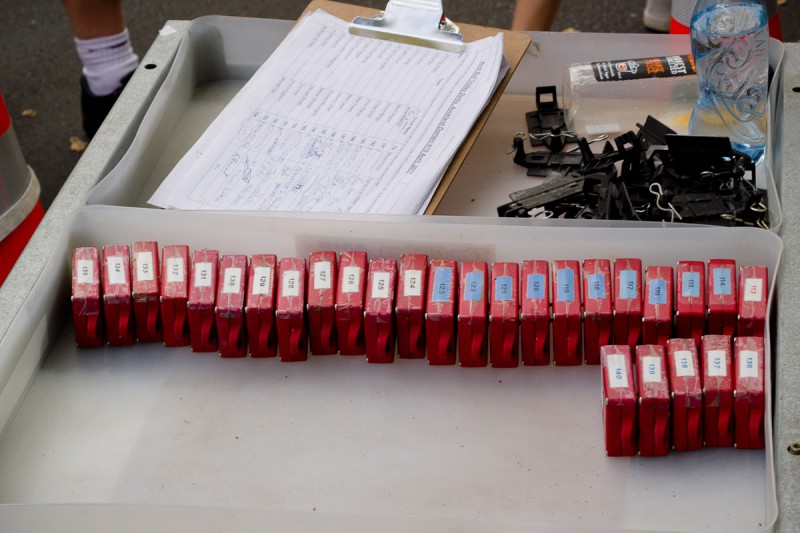 A fashionable bolide “The Flying Indian: to live for to fly”. It was one of the fastest and with a hint of Anthony Hopkins. 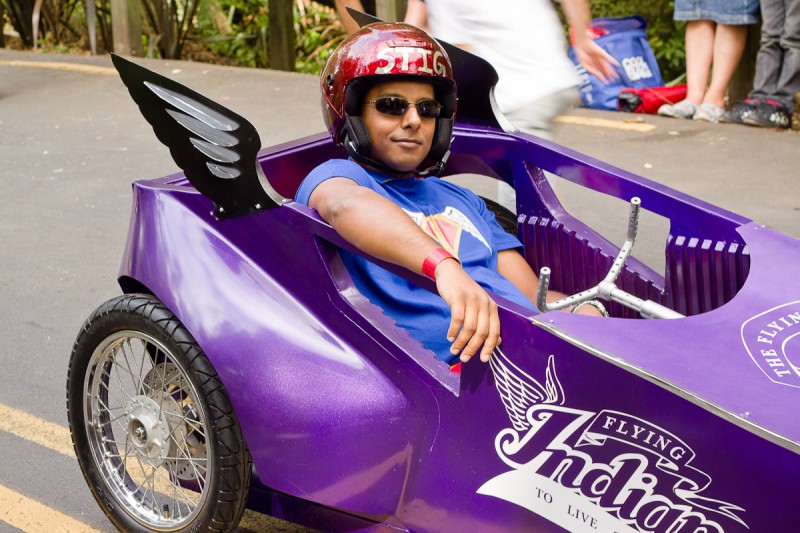 A melancholy girl with a mobile. 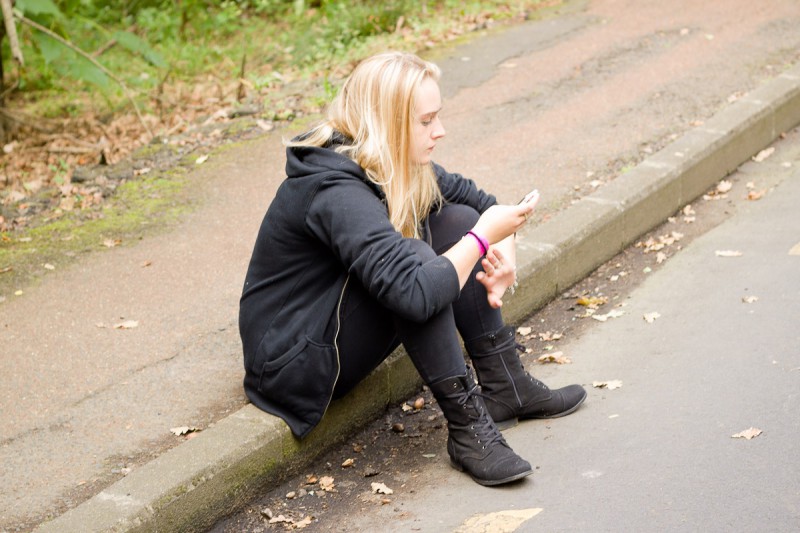 As far as I remember from physics courses it is important to minimize the air resistance and the friction in wheel jointings to gain a maximum speed. That is why a carefully made compact bolide shaped as a RedBull can used to become a winner many times. 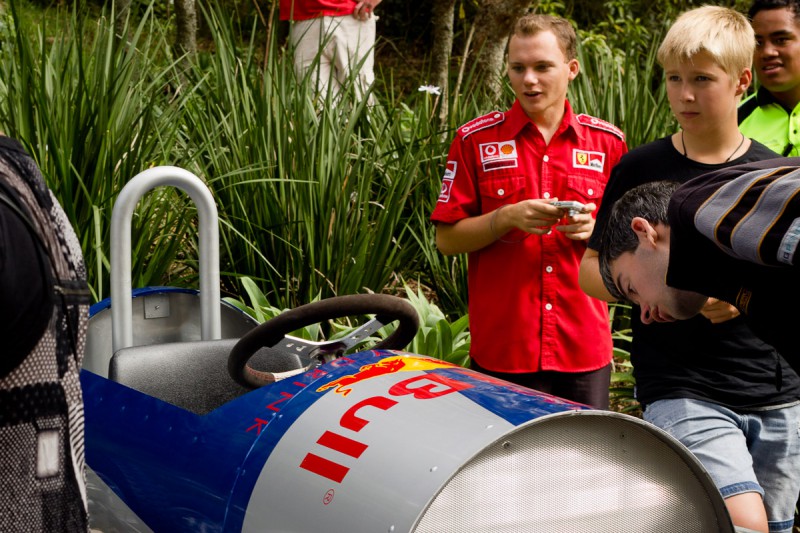 And finally I will show a video where twenty racers “make jumps”.

That is the end of my short photo report about the RedBull race in Auckland Domain. It is alarmingly warm here, in Auckland, and the water in the crater of Ruapehu Volcano is getting hotter.