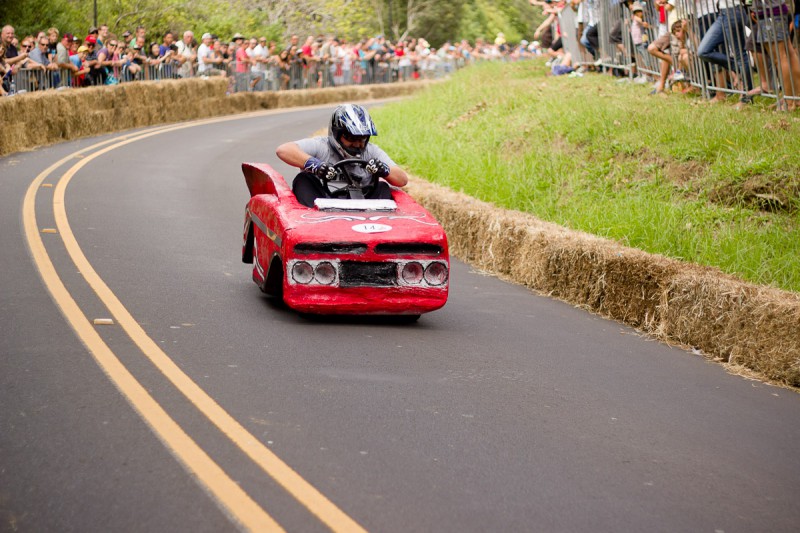 In Auckland, if there is some event at weekends, the whole town gather to see it. It happened this way on the day of a RedBull race in the central park Auckland Domain. That piece of fun was zany in a boyish way: the participants were to race down a winding road. They were encouraged by loud cries of narrators and by the undivided attention of judges.

Not all the racing cars happened to be reliable and some of them safely fell to pieces on sharp turns. The participants willing to make a jump from a low jumping-place got additional points from perfectly mild judges. The day was fine and warm, and it was rather intriguing to go to the park for a walk, the more so because there was a good reason for that.

I spread my face with sun creme, took the 50 mm portrait lens and went to take pictures of ordinary Kiwi people being out for a good time in Indian summer. In Auckland it was still warm: +22° C during the day time. And it was even hotter in the sun. The sun is quite hot here in New Zealand because of much talked-about ozone holes.

It is a city museum on the top of the hill in the largest town park Auckland Domain. 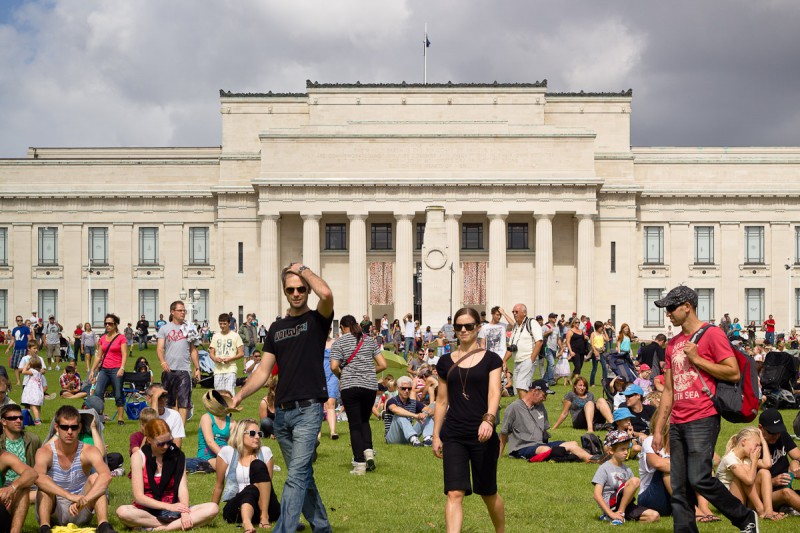 A local producer of the most tasty and useful burgers of all harmful ones produced under the name of BurgerFuel provided purple rugs for the event, which were fastened to the ground for the guests of the show to sit. Everything happening on the racing route was broadcast on a big display. 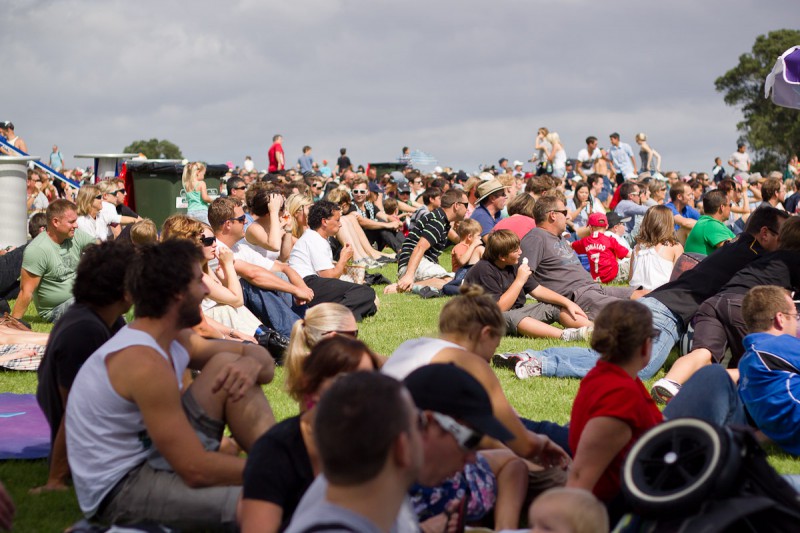 The main race sponsor was the RedBull company. So alcohol was replaced by energy drinks. It is highly prohibited to have a drink in the park as well as in the rest of the town places. 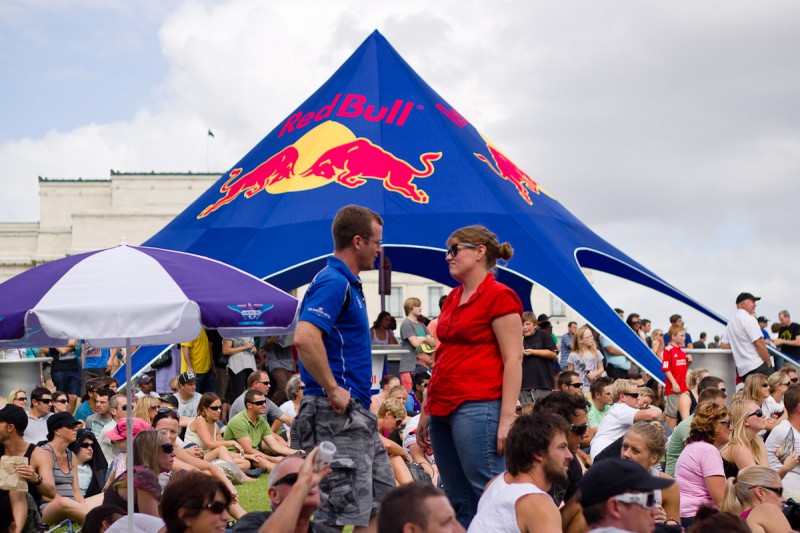 Those who didn’t get the places on purple rugs sat right on the grass. 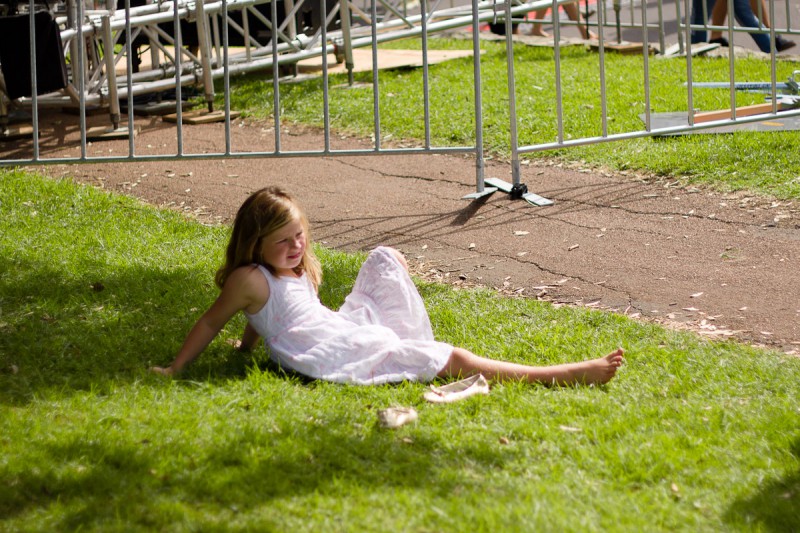 A little brown bag and a small sample of a New Zealand fashion which, as many of newcomers believe,   doesn’t exist at all. 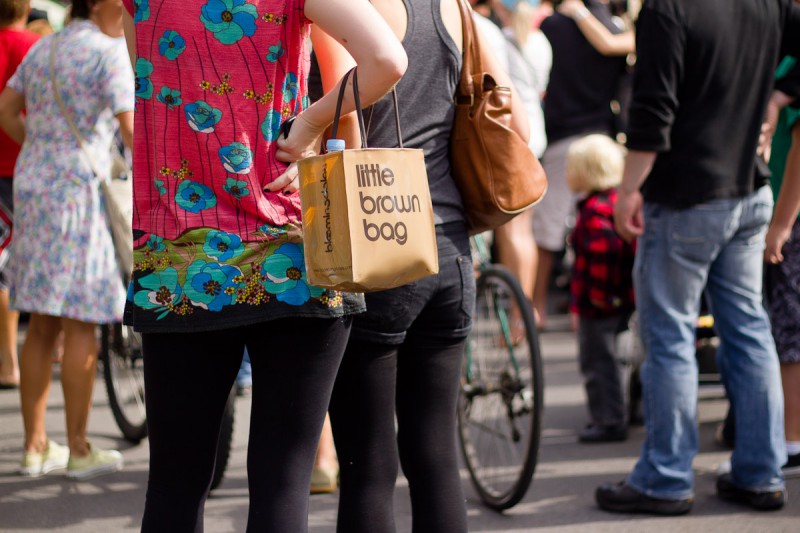 All the matter is in magic stripes. To see what was happening in the start the spectators had to rise to the tips of their toes. 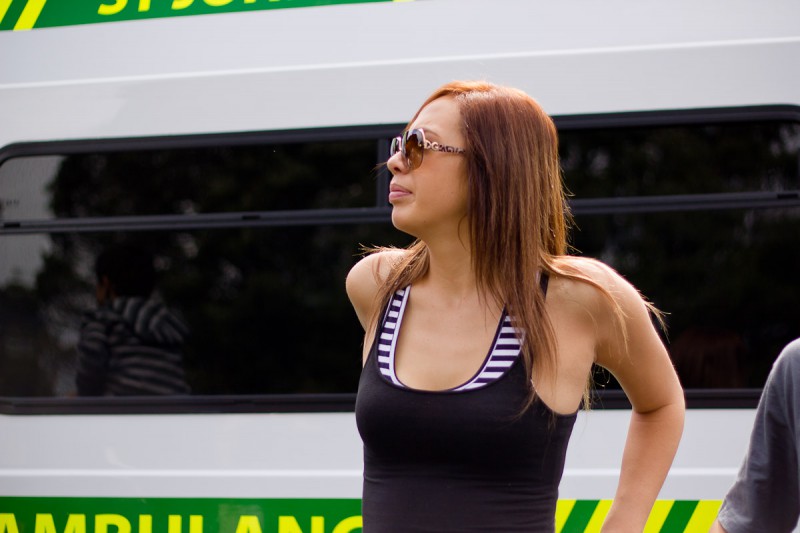 Any work, even if it connected to the super expensive equipment and a million of buttons and sliders, may become a fixed routine. Again and again I see that fucked out face expression of audio men and video operators. 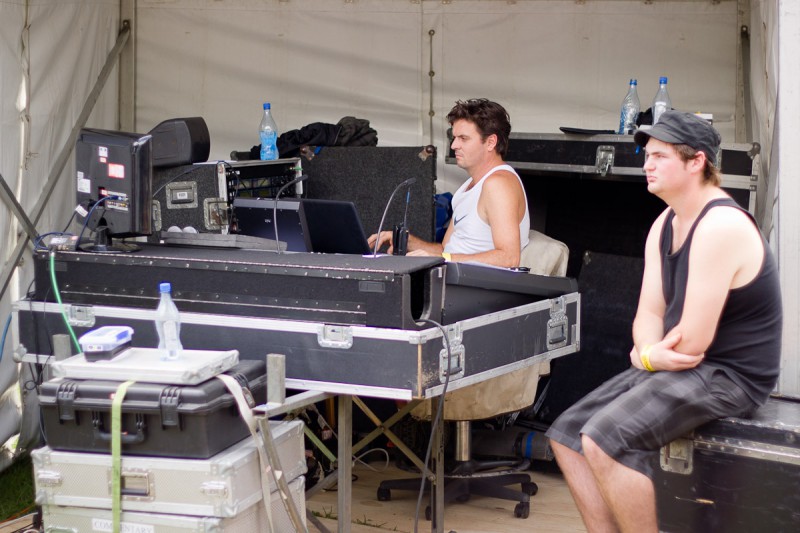 As you can guess, a purple color is a company’s color of BurgerFuel. The name of the company one can read at the breast of an attractive promo girl in purple glasses. 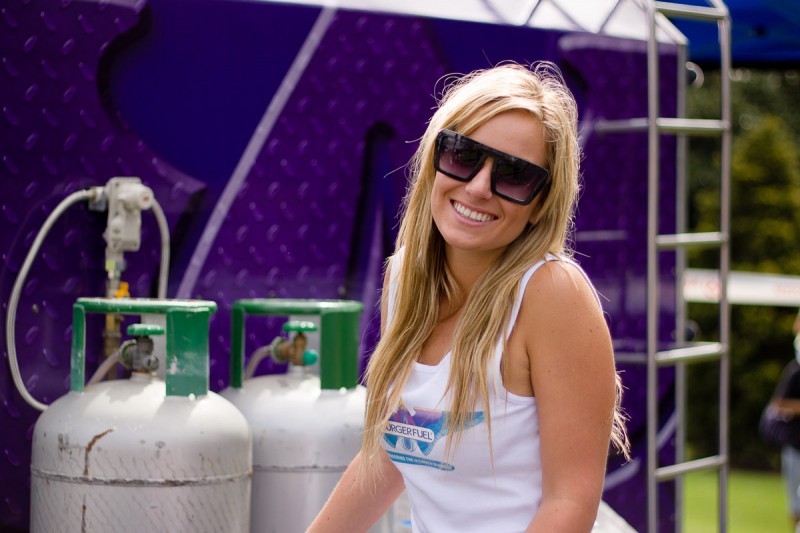 In the foreground there is a roadster, which is the main kind of transport for many and many Auckland townsmen. One can cycle almost to every place in Auckland. Of course I have got a driver’s license but I still use my pedal “horse” on every possible occasion. 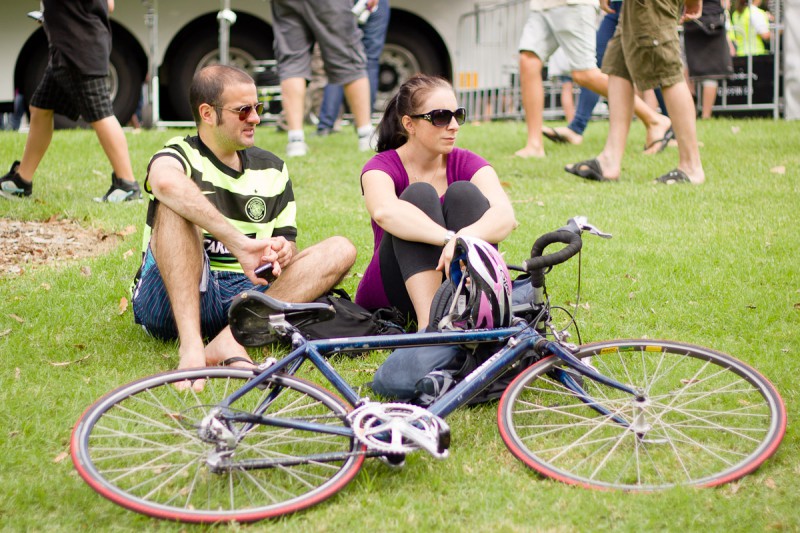 A wheeled green coffin was a racing apparatus in the form of a Whiffle. Being steady and fast, it made a good jump from the jumping-off place and got additional points. 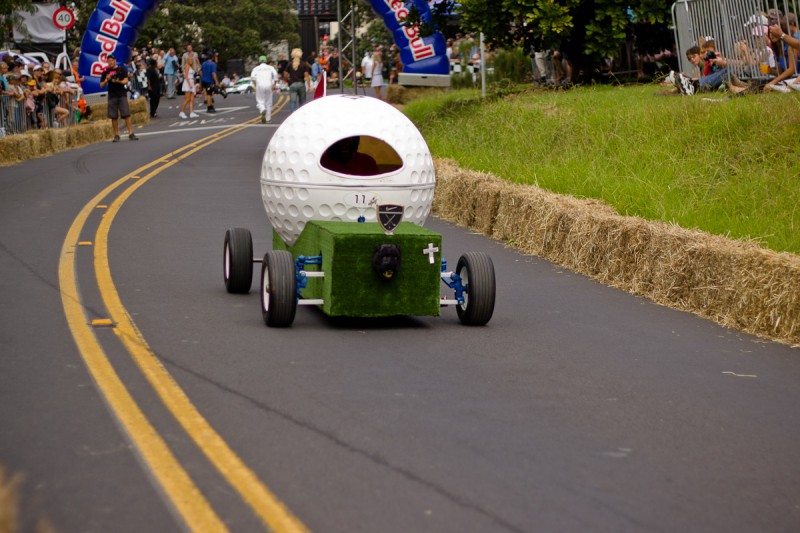 Even on an overcast day one can get solar burns, become pretty swelled and, as a result, considerably upset. 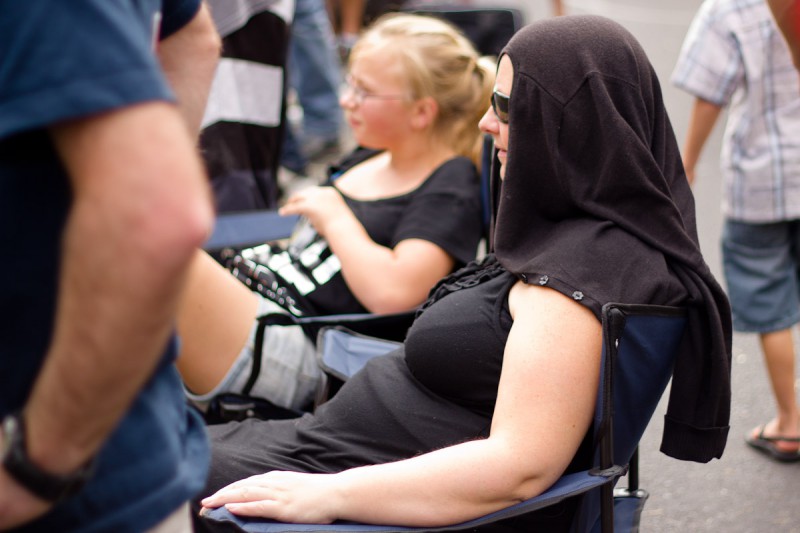 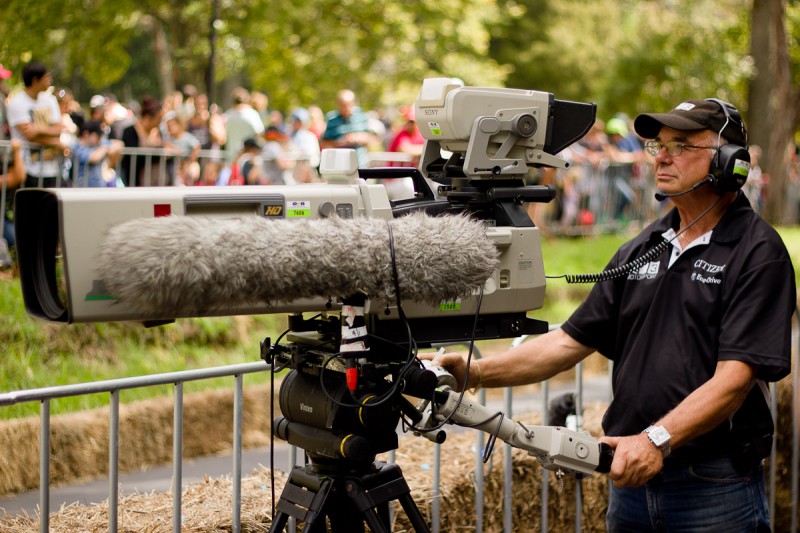 A racing car in the form of Mt. Taranaki. It fell to pieces closer to the end of the racing route. 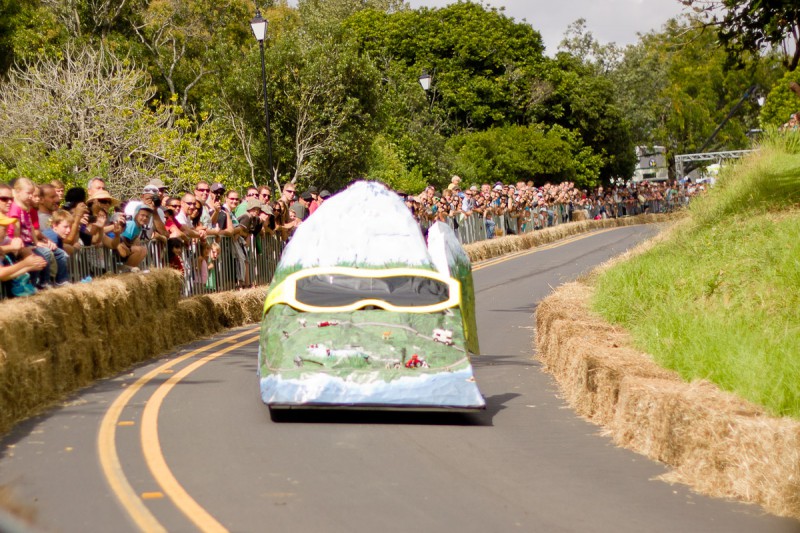 No huge TV set with humorous narrators along the route, so people were generally bored when they were waiting for every next participant to appear. 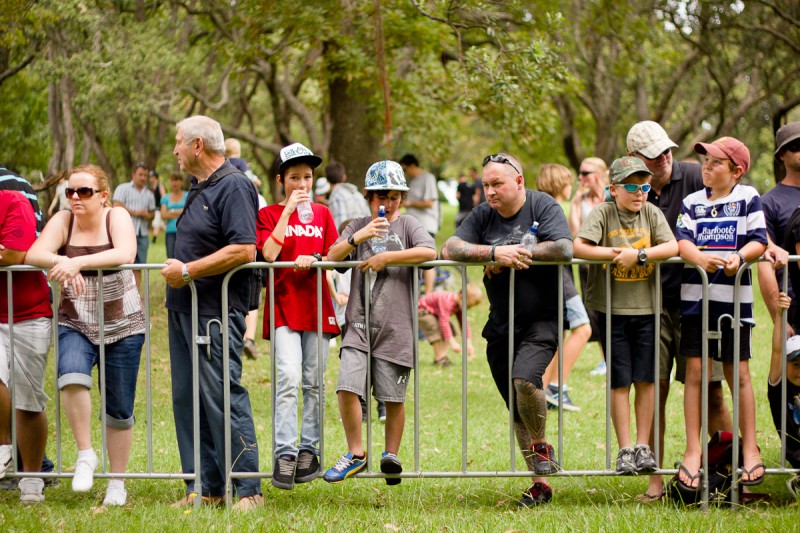 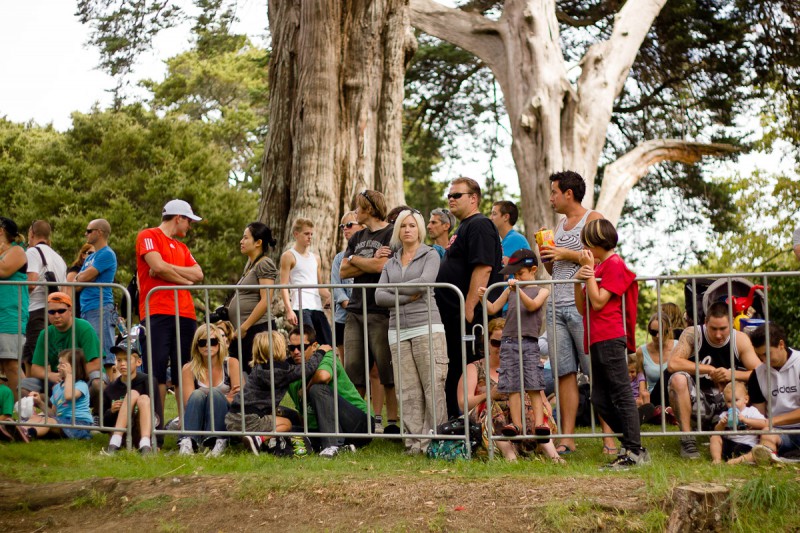 I am not a great fan of horror-film series “Scream” and I can’t say for sure what exactly that vehicle resembles. 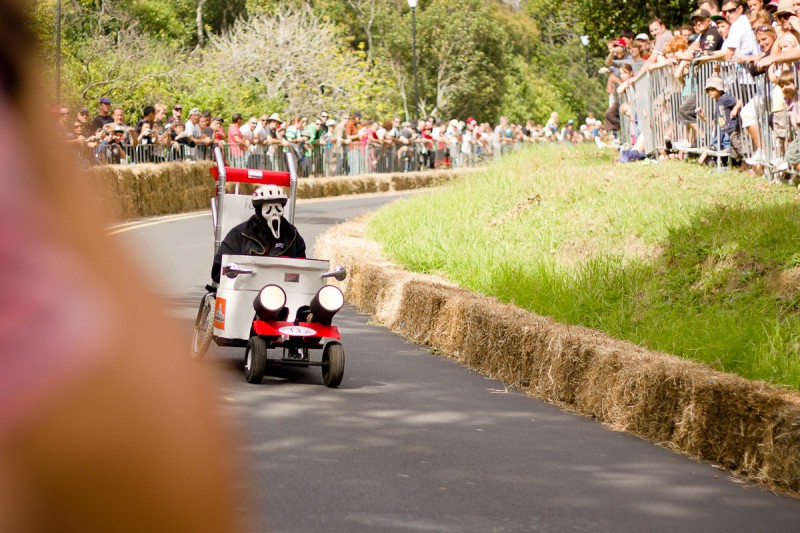 The masked man toppled over on the very turn where I took the photo. He was picked by rescuers who came by a car with yellow flashers. 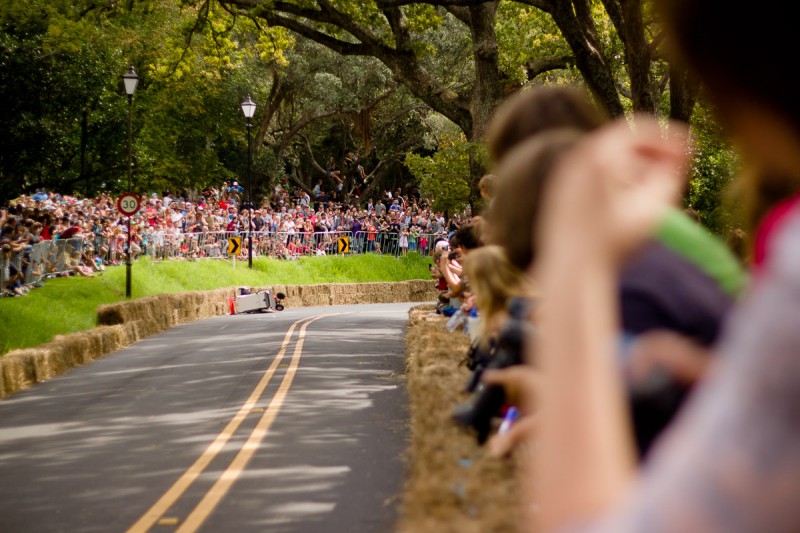 A new fashion of the year – glasses with colored reflective surface. Don’t know about you but I liked them. 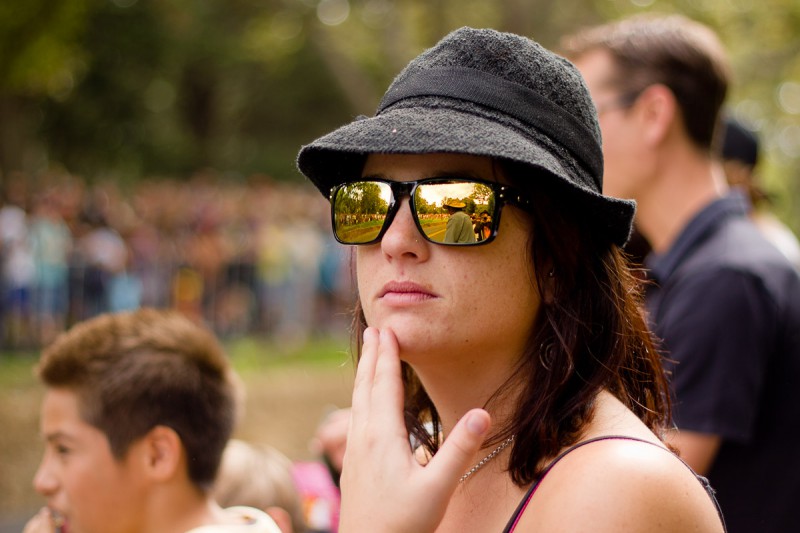 Being a person who spends most of the time in the semidarkness of enclosed spaces I feel awful discomfort when go out without dark glasses. 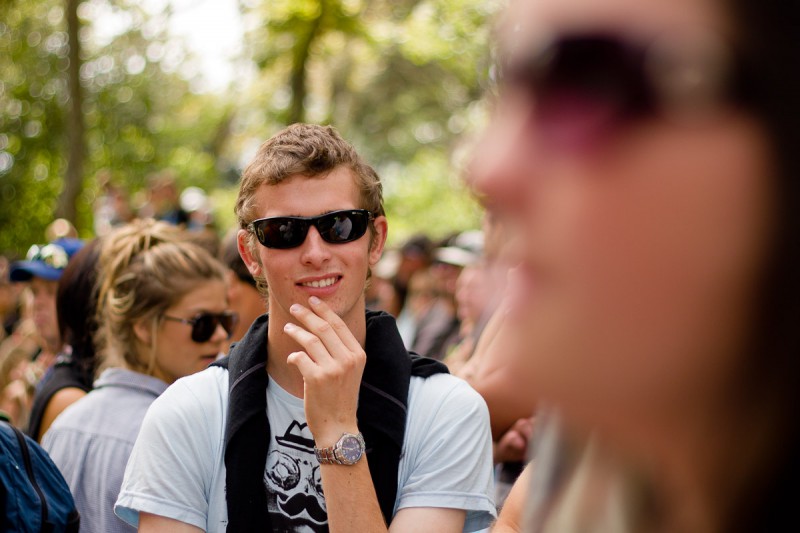 A very fast racing car in the form of a green carrot. If some of you, who have visited the event, remember what it was, please, write in comments. 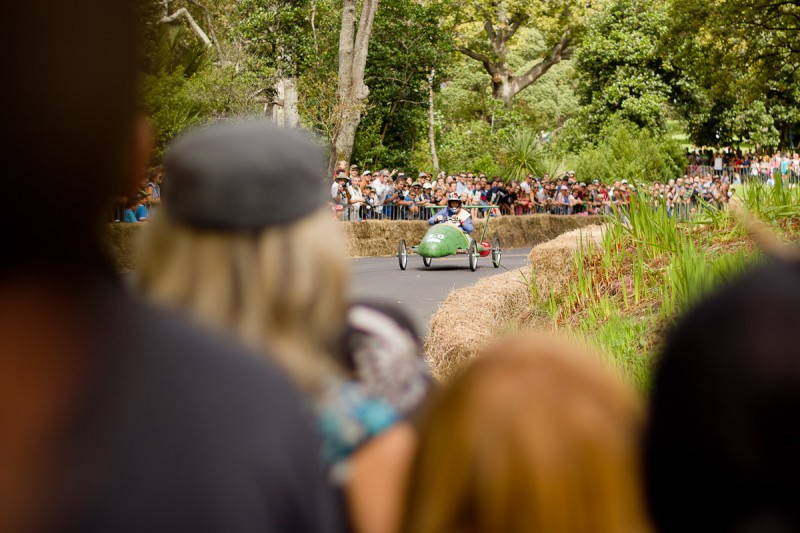 In conclusion I will show a portrait of an unknown boy picked out of the crowd at random, the portrait lens was used according to its intended purpose. 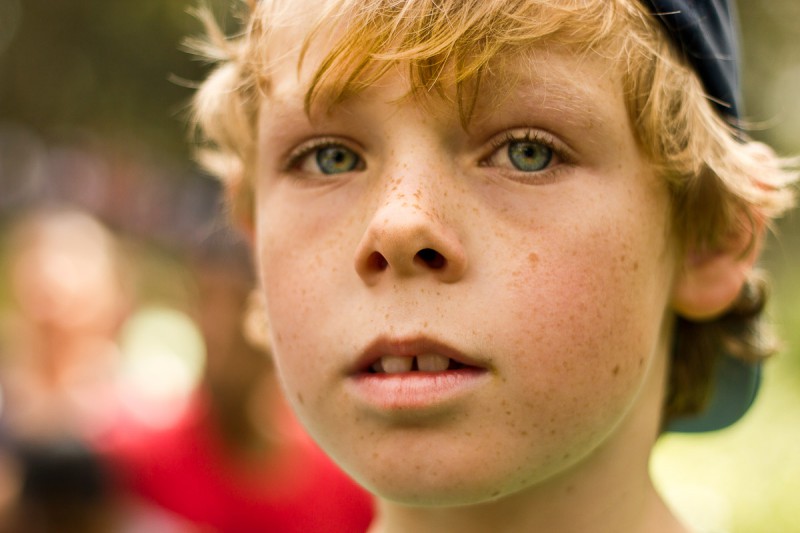 Other details of the event you can read on the RedBull site. Here you can read of a ‘wonderful’ RedBull-diet which helped a 23-year-old girl to loose weight from 105 kg up to 60 kg. Just 10-14 cans of energy drink plus a handful of honey chips a day and (oh, wonder!) your appetite is almost lost! Of course she has now great problems with health. Well, sure she is a girl of considerable intelligence. I want to remind you that in Norway, Denmark, and Uruguay the RedBull products are prohibited as addictive and harmful.