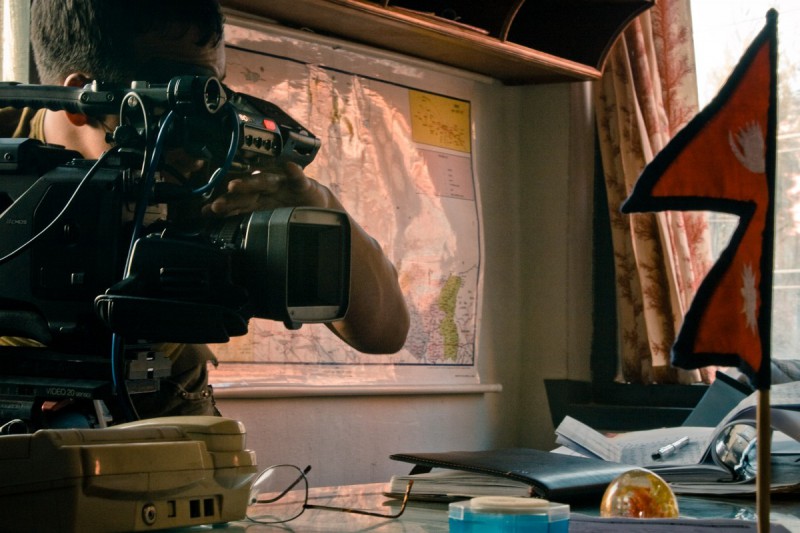 Here in Kathmandu the filming of the movie “Dasdgunga,” of which I began to speak in the first of three planned posts about Nepalese films, continues.

I’d like to remind you: in the Nepalese film studio, a couple dozen people and one Bollywood star are filming a thriller based on the mysterious death of several high-standing persons. In 2008 I was fortunate enough to spend several days with them. One year later, after passing censorship, the movie saw light. At the end of the post is an episode that had been cut out by censorship.

And so, yet another day of filming after many hours of working in a closed pavilion that is meant to act as an interrogation room, it was decided to spend it in the home of the director’s friend’s friend. On the second day, the beaten-down Nick and I spend several hours looking for the address which we were given at the studio, we were afraid of being late, yet after arriving we spent a while watching the adjusting of equipment and the set-up of a mini-screen for the camera. The actors, wearing make-up, repeated their parts and worked on the dialogues with the director and his assistant. The operator, as before, smoked a lot and was hostile. I guess that’s just the type of person he is.

The director, in the top left corner, watches over the filming of the scene “Entering the house.” The actors ascended five times. Passersby and the owner of the house kept getting into the image. 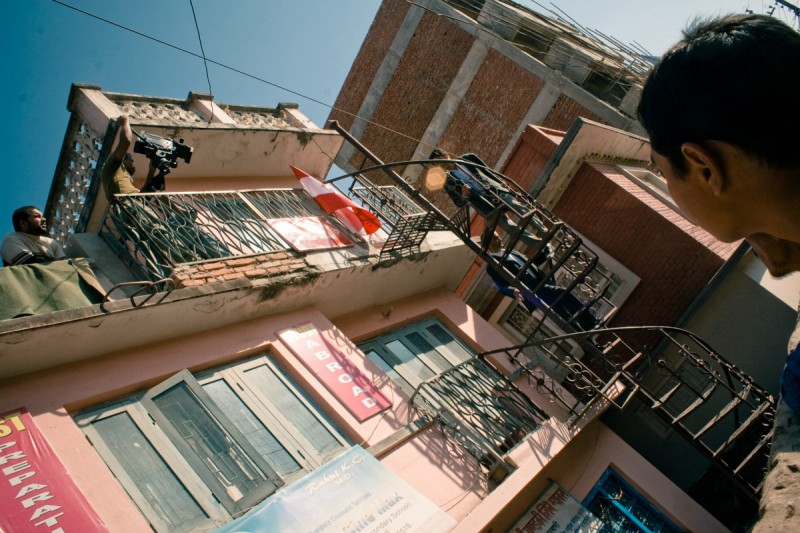 The operator demonstrates what has been filmed to the actors playing the main characters and to the director. 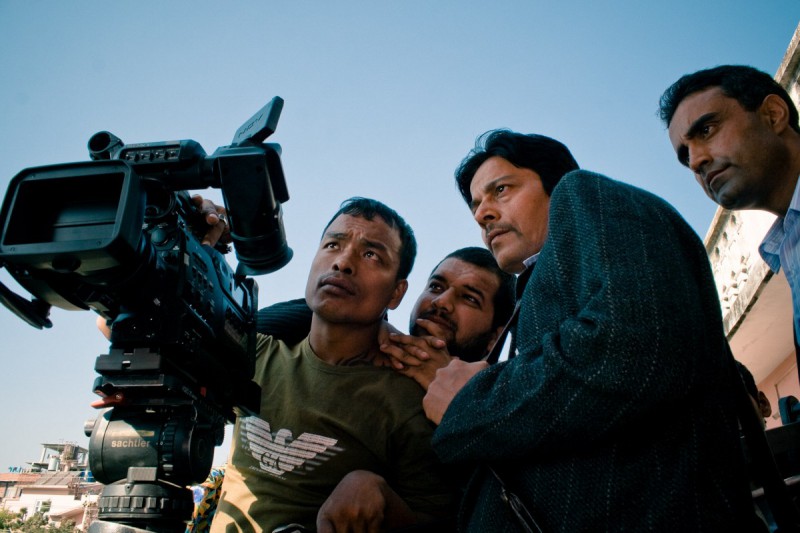 Boys are playing next to the building across the street that looks like a dormitory. 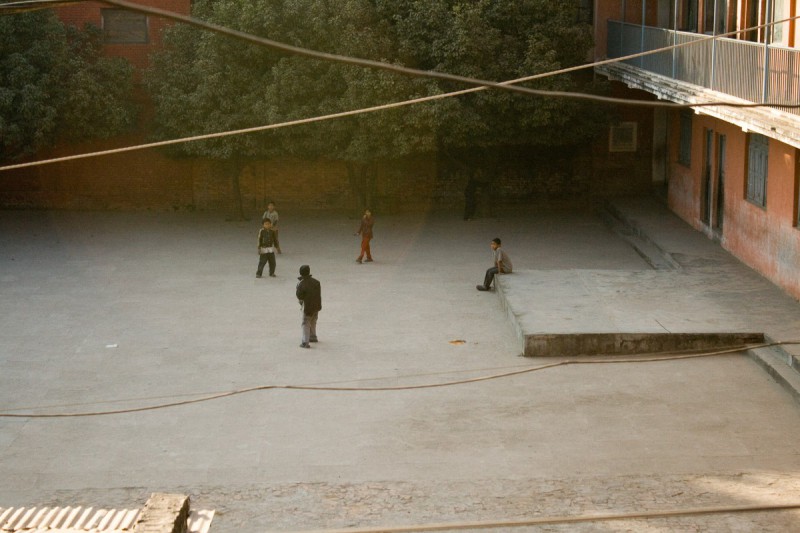 The son of the owner of the house. We chatted a little. He is a student in Kathmandu, plans to be a designer. Meanwhile he’s helping his father with a small business, I don’t remember exactly what kind. 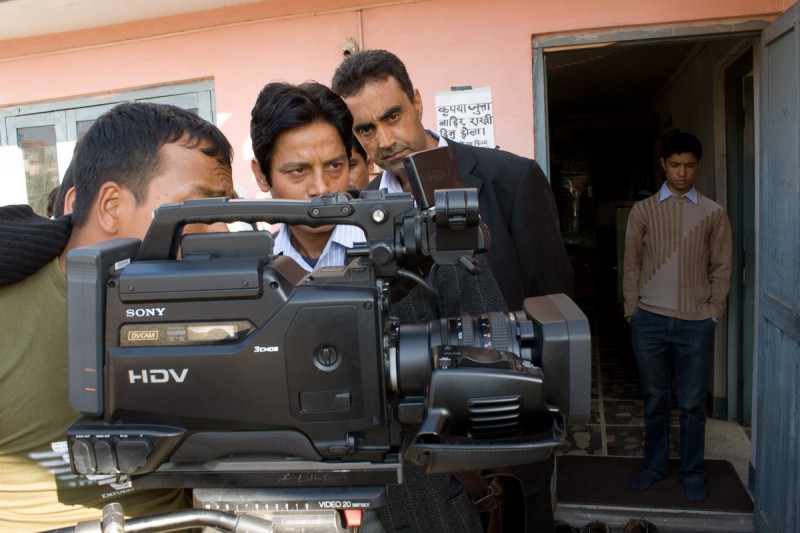 The newly-set-up crane occasionally bowed dangerously. A worker was put next to it for safety. 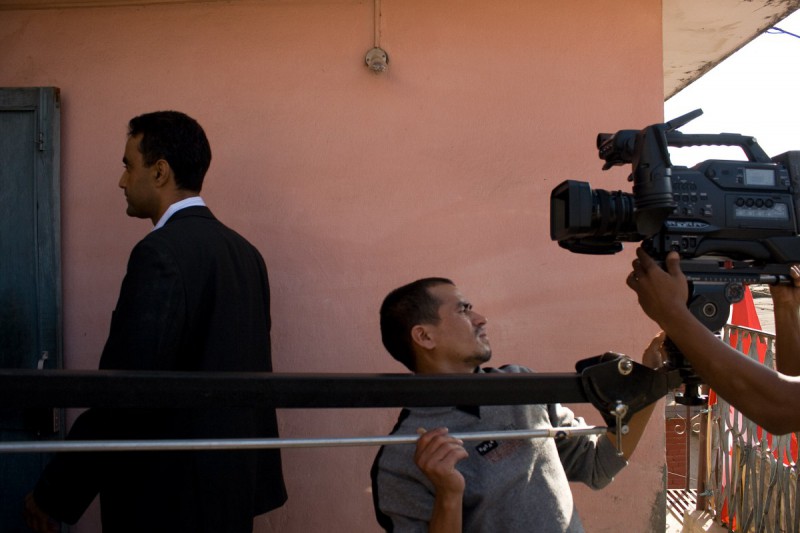 The camera was placed on the crane with pancake-like weights on a balancing foot. It smoothly rolled into the window as the work progressed. 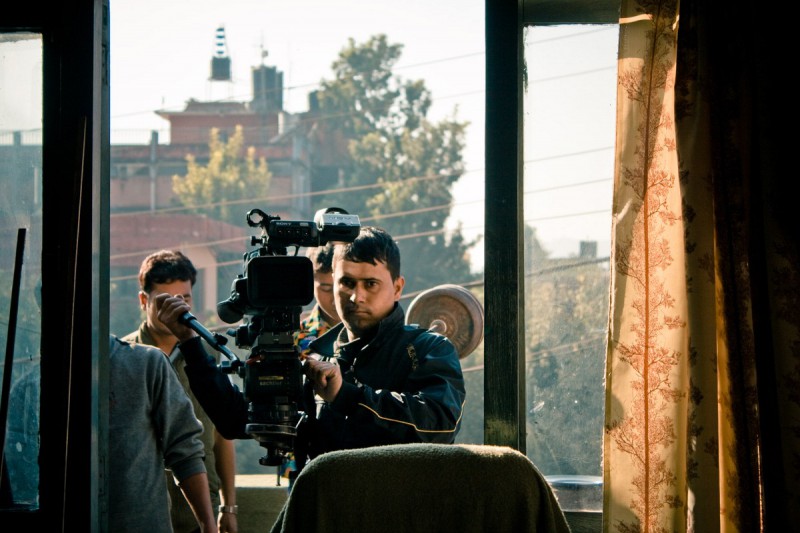 Walking by, a curious worker went up to the viewfinder. 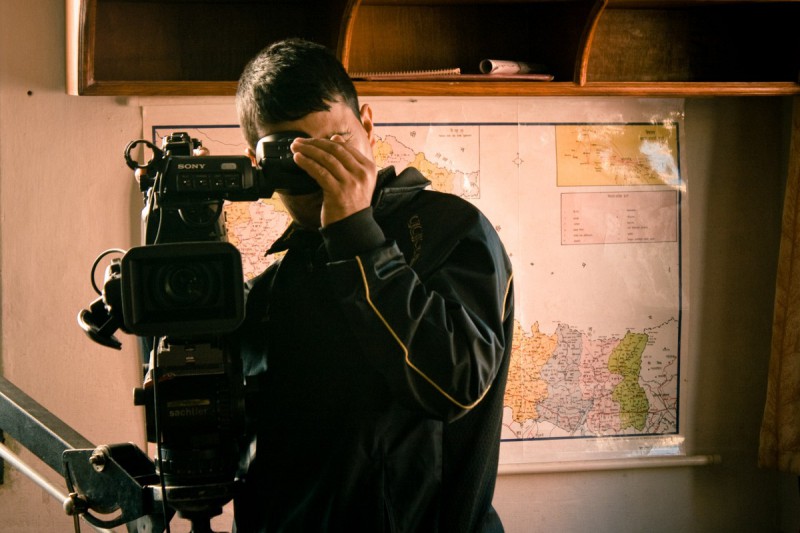 A room on the second floor of a typical Kathmandu building is decorated to look like an office of a politician of moderate importance. There are portraits on the walls, flags everywhere and other attributives. Attention! “Action!” The director speaks English. Everyone freezes in positions that have been taken ahead of time, like in a game of freeze tag. In the middle of the house, the owner offered everyone hot tea which he himself carried around on a tray. 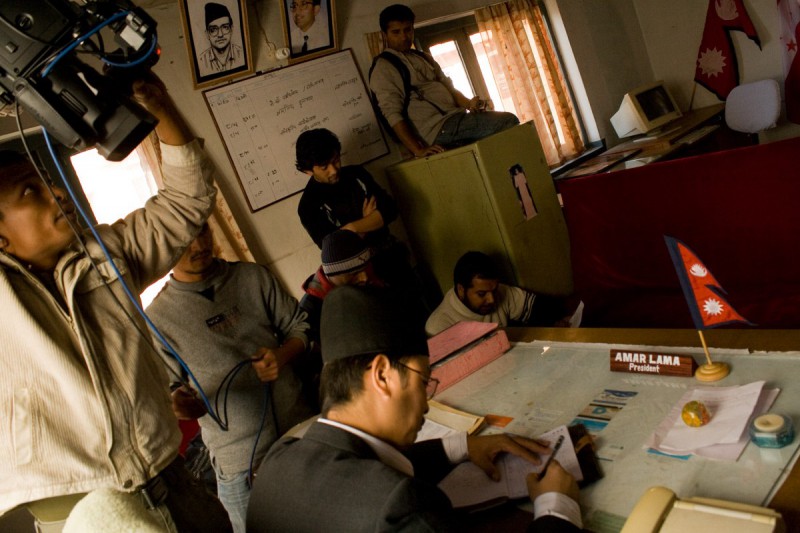 In several days we sort of befriended the guys from the filming crew. Both we and they felt somewhat special. 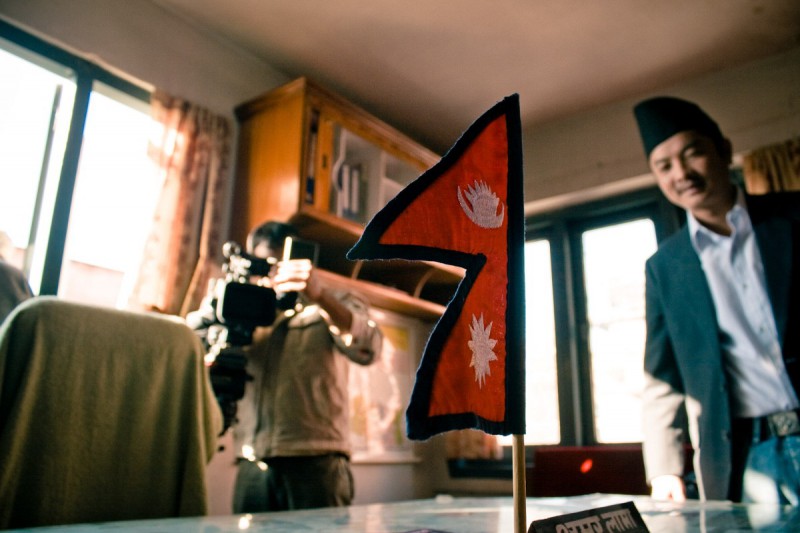 “Detective” Anup Baral and his assistant are asking the suspected official ticklish questions. 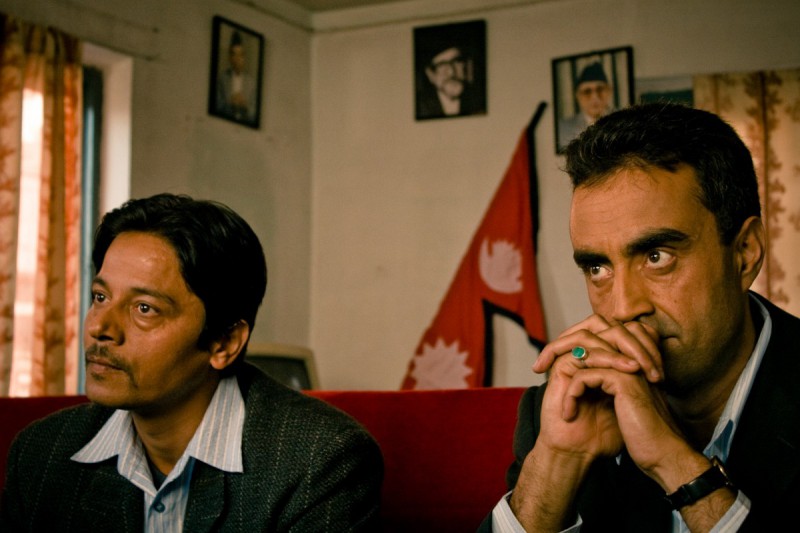 Like last time, after the photographs from the places where events took place, I’m attaching a chunk of the movie, in which you can see what came out at the exit and compare. This episode didn’t pass censorship and didn’t end up making it to the theaters.

In the next post I will introduce you to the, so to speak, kitchen. This will be a photo report from the production workshops of Nepalese studios: film development, printing, editing, voicing.