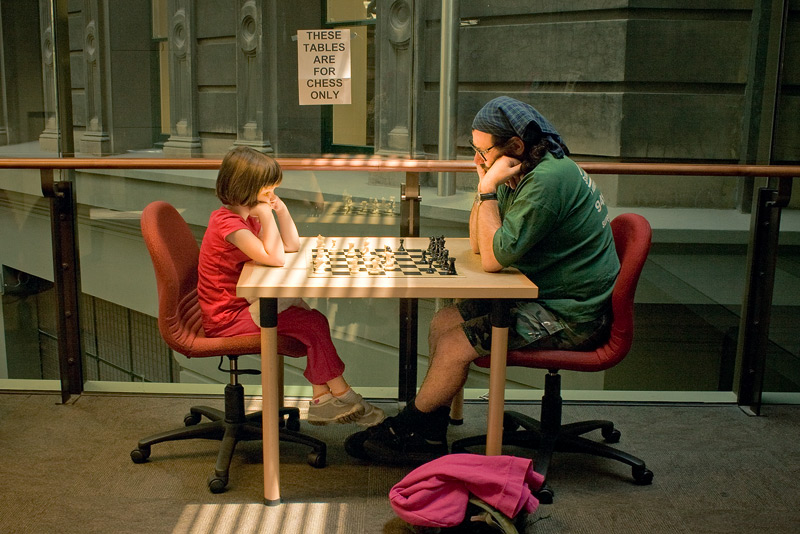 I once received an email from my friend Eugeny (the leader of the Moloko+ project).

I bought a new point-and-shoot camera. Without some sort of global goal, more for episodic trips. I’ve got a work week, and, frankly speaking, I don’t have any time to shoot and, since I’m not in the habit, I don’t have anything or anyone to shoot.

Basically, the only working option is when the photograph changes your life rhythm, not when you try to change it, the rhythm, making time for it, the photograph.

Nonetheless, if you were to do so absolutely fundamentally, what points would you leave as a map for a beginning photographer?

Sound familiar? I started to answer his question and realized that I’m saying more than I had planned to. I had enough for a whole post in my blog.

So, look at the ten tips for the beginning photographer under the cut.

I warn you right away that if you bought an SLR camera to take pics of “chicks” and hope that eventually you’ll get a chance to screw thanks to this, then reading what is written below is unnecessary. I will speak about photography that makes one feel, not about pick-up methods such as “photo sessions as bait” and not about what makes penises happy. I will speak for those who want their work to become more than just pretty pictures; for those who feel as though they have something to say through a photograph.

It doesn’t matter how others look at this. Sometimes you’re walking along and you see a potential image, but you don’t have anything to take it with, and then you spend half the day scolding yourself for it. You try to convince yourself that it’ll happen again, this isn’t the last time you’re walking here. But it doesn’t happen again.

Don’t get me wrong: don’t force yourself to take pictures of everything you see. You need to develop a natural reflex similar to writing down phrases that you like from a book that you are reading. I know that some people highlight their favorite sentences as they read. And often they already forget what they’ve highlighted by the end of the chapter. We are used to singling out places and moments from our surroundings. We’re used to telling ourselves: “Wow, I need to memorize this!” All that’s left is connecting this thought to pressing the shutter-release button on the camera as a habit.

I think that this shouldn’t change “the rhythm of life” too much. This new habit is akin to running in the morning. It’s simple and effective.

An additional tip: each time you leave the house, imagine that you’re a tourist, and the process of taking photos will come more naturally to you. It’s as if you’re here on a trip and will never come back to these places. If a person becomes the subject of a photo, politely, using gestures or words, ask if that’s okay. And smile, smile! That universal language is understood even by chimpanzees.

In other words, you need to suppress your “brilliance.” After a short period of getting to know the technical aspect of the process – instructions for use and wikipedia should be enough in most cases – a dangerous period approaches: many photos seems exceptionally good, and “they” just don’t get it.

Once its author presses the button, a photograph begins to live its own life. It’s either good, or bad. We’ll put technical squalors like defocus to the side, though they work quite well at times. A real photograph “works.” This is usually visible to everyone who has at least some kind of taste.

Don’t be afraid to throw out a picture in which, when you edit this thing, there will kind of be some sort of a point. There is an abundance of moments, if not this one, then that one will be caught. One of the most important, if not the most important, parts of a photographer’s skill is a cool head and the ability to sift out flaws.

Harsh self-criticism is, naturally, good, until the moment when it leads to self-destruction. The main message shouldn’t change: to take photographs, you need to take photographs, and everything will work out. You shouldn’t think that great experts produce exclusively masterpieces. This is an extremely rare occurrence. They have thousands of photographs that have been taken over the course of a workday, at best one photo makes it into the final episode. But what a photo!

3. Listen to practically no one

Any doodle made by the unskillful but indefatigable hands of a child brings joy to the mom/dad/grandma. Its degree shows only that these people love the child and doesn’t have anything to do with the level of his or her “works.” Obviously, because of this, it’s probably better not to think too much of the reaction of friends and family.

John Doe from the photo studio across the street is probably capable of explaining very straight-forwardly the relationship between the aperture and shutter speed, but most likely is incapable of excelling in terms of creativity. Most often it is dangerous to want to do what he does. It’s best to pick a great, true role model for yourself: Robert Mapplethorpe, Henri Cartier-Bresson, Pinkhassov. It is well-known that Cameron and Jackson once set a goal for themselves independently of one another – to create “Star Wars.” And they succeeded. Inner ambition and, quite significantly, outer humbleness is a very important combination of traits in a good photographer. The above-mentioned Vasya from the photo studio probably has these in inverse proportions.

Hang this somewhere above your table: “A real photographer does not have time for bickering in shitforums.” There is no reason to listen to mere fans. Discussions on photo websites remind me of arguing children who are pretending to be artists. Lots of noise, little point. You should do something useful.

4. Style will come by itself

Any attempt to solve the problem of choosing a style is a mere waste of time. People are very similar physically, chemically and biologically, but everyone has a different perception. So after some time you will be surprised to hear the phrase, “Well, this style is very much like you.” That’s it: you’ve achieved your own style. With time, you will hear this phrase more often.

Like in the case of chattering away on photo forums, you shouldn’t discuss on every corner what you wanted to say with your works and why you chose that color and angle: this is absolutely insignificant, a good photograph tells a story in and of itself. That’s what’s magical.

5. Technique is nothing, knowledge is everything

Photographs of stunning beauty have been taken fifty years ago, and even one hundred years ago. There will always be someone who has less noise in the imaging matrix, whose lenses are lighter and who has more megapixels. If you have some kind of a budget and a bit of ambition, you can very simply and cheaply, in terms of time, learn to take high-quality photographs. This is boring, everyone can do this. Photo-onanism moves technical progress along, but artistic results are achieved in a more roundabout way. Don’t waste your time on forums, don’t discuss lenses, depth of focus and editing methods. Just take pictures!

The fifth tip, despite its being in the middle of the list, is one of the most important ones. Lack of knowledge when it comes to using the functions of a camera stops many. But before, there were no stabilizers and auto-correctors of noise on photographs with long shutter speed: they are nuances. Thoroughly work through the interrelation of the aperture, shutter speed and exposition: that is all you need to know at this point.

Nonetheless, as can be seen in the heading, you need to know the technical part. Fortunately, there are millions of free resources for getting to know it. Self-educating is one of the biggest achievements of the century of information in which we live. Read, try.

Miracles, just like the possibility of learning a foreign language in your sleep, don’t exist: you’ll have to learn by the usual way of trying and making mistakes. There are no super-effective expert classes that would teach photography. It is simpler than anything to explore something new as needed. If you want to “shove more into the picture,” go from the general to the specific: search in Google, learn about wide-angle lenses, ask a friend to try his out, like it, buy your own, play around with it, dig deeper.

6. Try to think wider than just one image

Individual photographs can be exclusively good, but they usually barely interest anyone. For a fuller expression of your ideas, try to create small series. Try different angles, different approaches. You’ll be surprised at how well this affects viewers: each finds something for him or herself. Imagine how differently the people who eat at a restaurant can like the same dish. Group works of different years together, unite them based on a common point, choose the best ones. Of course, I can’t say how many photographs should be in a series, that depends on the object of the shoot and the subject, but usually there should be no more than a dozen.

If you have some sort of ambitions that involve getting into an art milieu and keeping your place there, then, as nasty and boring as it is, you need to keep your archive organized. Write one- or two-paragraph descriptions for series, so that the potential photo editor understands what all of this is. It’s absolutely essential to write for each photograph where it was taken, under what circumstances and what is shown in it. If that is people, then who they are and, if possible, what their names are.

There’s no way around this. The global photo-hangout speaks the language. Also, learn to write grammatically and coherently. If your written English isn’t too good, well-written text in your native language will simply the job for translators. And, just maybe, your article will be printed, your photograph will be noticed, an interview will be taken.

9. There is ALWAYS something to photograph

Do you know about the most current belief that your country is the least photographed country? French photographers with big telephoto lenses have already been in every corner of the African wild and have climbed into the most god-forsaken ice caves of Antarctica. Make use of what is around you. There are a million examples of how simple emotions, simple objects and surroundings are sometimes much more interesting than outlandish exotica. I’m so tired of Indian children with big eyes and skinny palms! If you are looking for an excuse like “Yeah, of course, in Peru, no matter what you photograph, everything is so invoiced and temperate,” then, quite likely, you aren’t really interested in photography. It’s your choice.

The simplest tip. Of course, this is a conditional number. But rest assured that by achieving it, you will not only get pretty good experience, but you will seriously begin to think about the next step of photo-development. But this will be a completely different story.

There is an abundance of the young and the talented. But there are a lot less of the ambitious and those ready to finish the job.