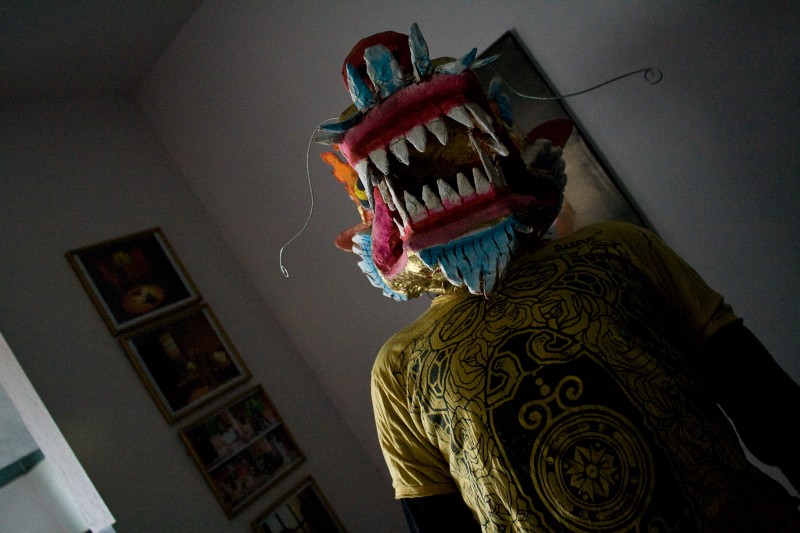 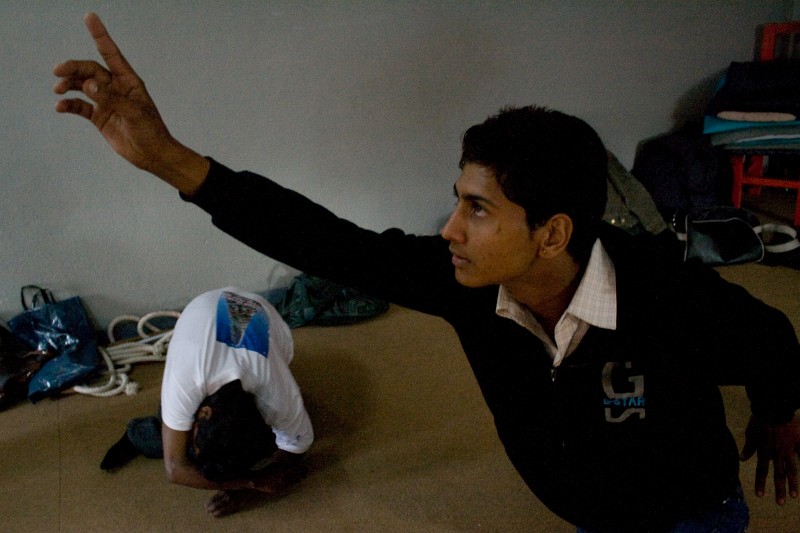 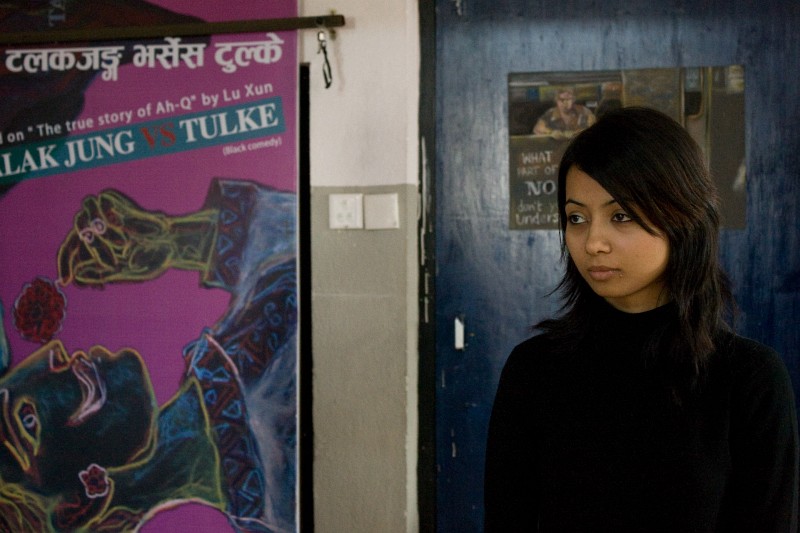 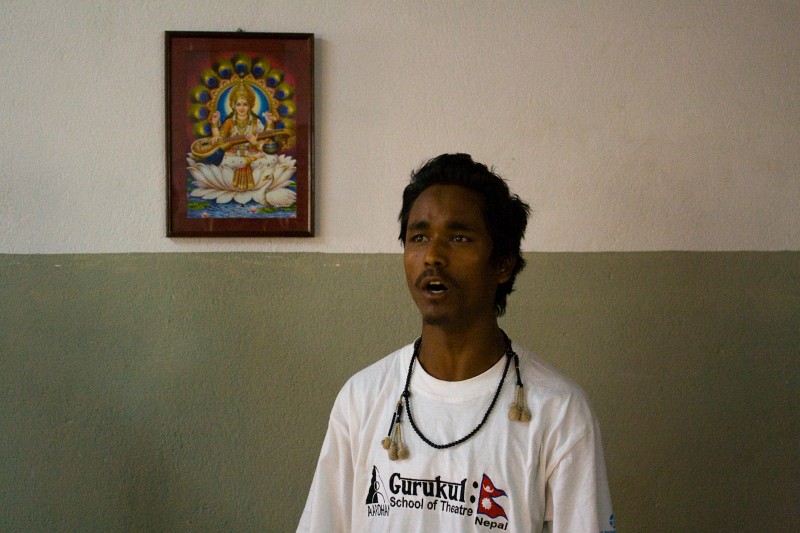 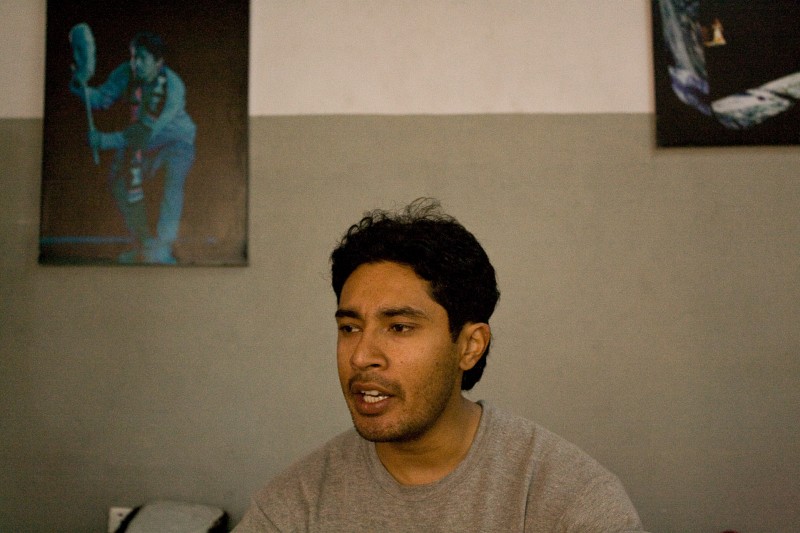 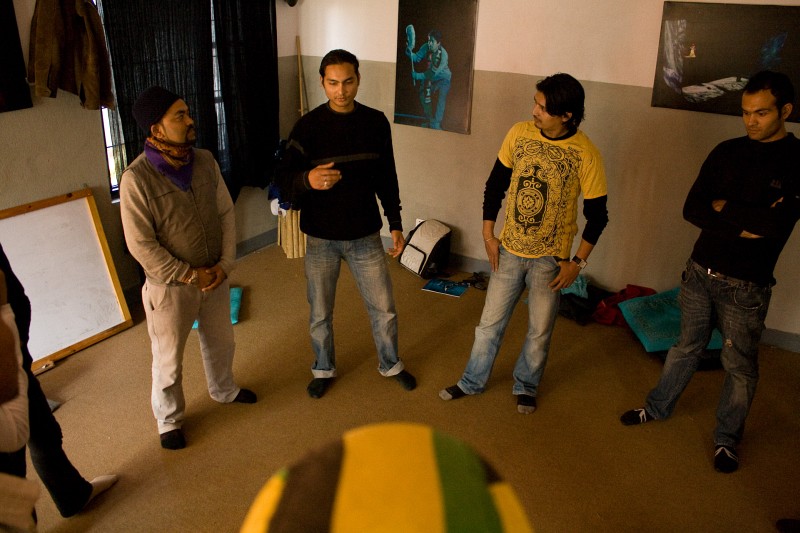 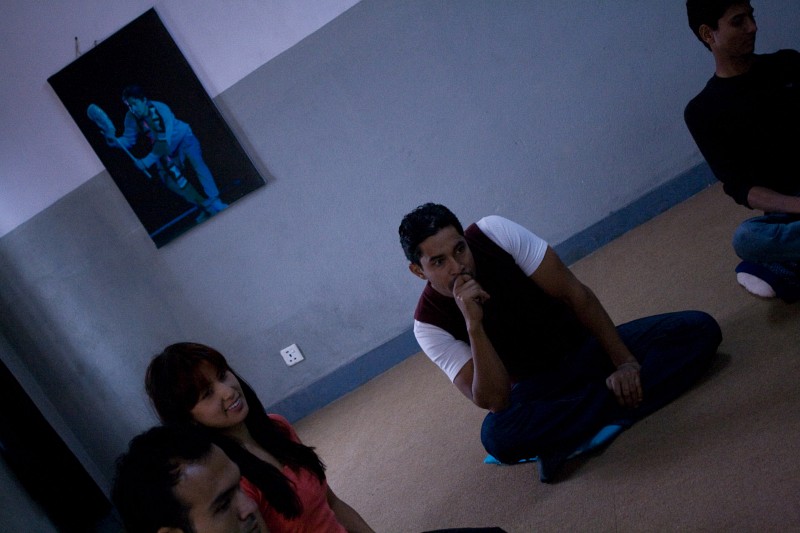 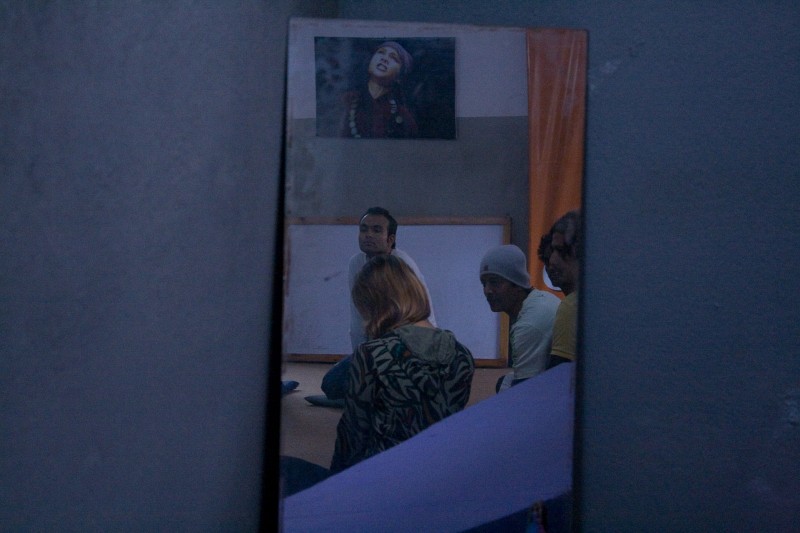 Here in Kathmandu, Nick (who was suffering either from a hangover or from sleep deprivation) and I walked all over the street Maharajgunj, all the while checking in with a scrap of paper. A day earlier, on the set of a Nepalese film studio, the assistant director invited us for a visit to the acting studio of Kollywood star Anup Baral. Finding a place using incomprehensible, unspeakable doodles didn’t turn out to be so easy.

Nonetheless, after several hours of wandering next to an electrified fence of a new American embassy and looking into the windows of the police academy across the street, we made our way through alleys to a building painted white.

The door wasn’t opened right away, the foreign guests were quite late. As is appropriate in many Asian countries, we took off our shoes and went down to a dark basement where we were introduced to the company. The lessons take place in traditional semi-darkness and are occasionally interrupted for meditation. The windows, of course, had to be opened, photo cameras require light. 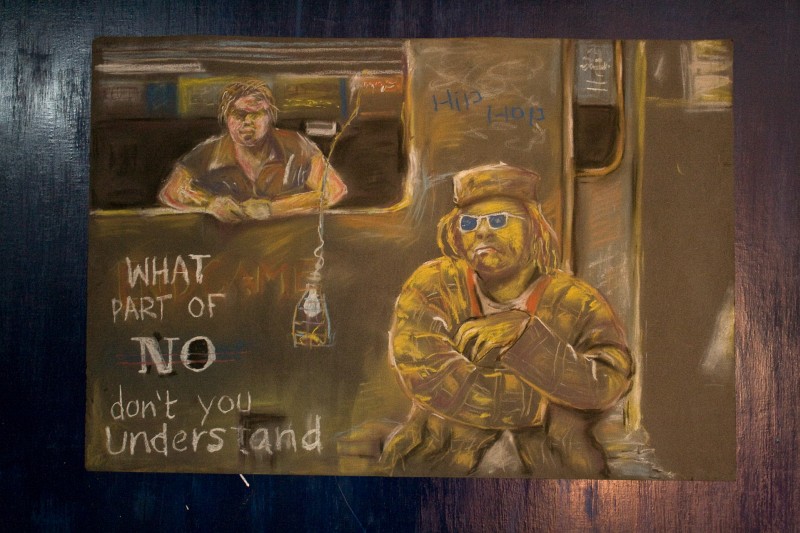 The studio is called “No acting, please.” Remember how they act out in Indian movies? Oh! Radja lied to Father. Father frowns, Father is clearly unhappy. The twin brother suspects something. Joey Tribbiani acted like this in “Friends.” 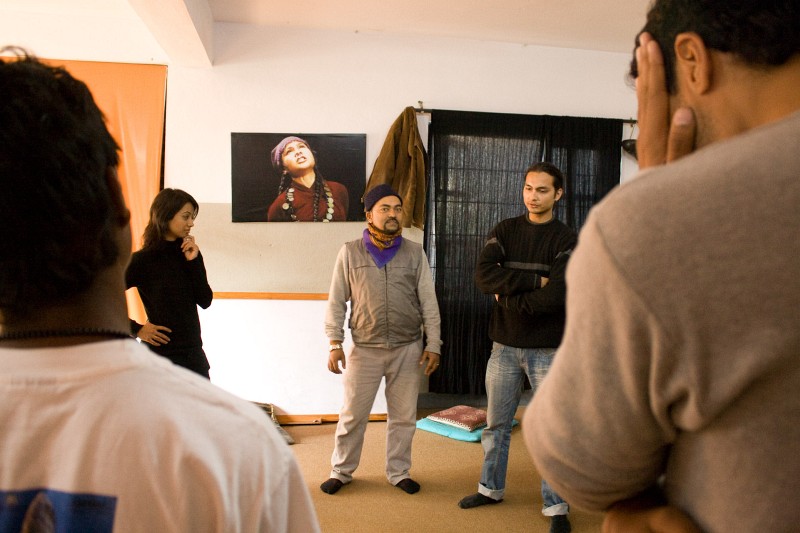 Anup received his education in India, in New Delhi, so the lesson was given in English in the presence of foreigners. 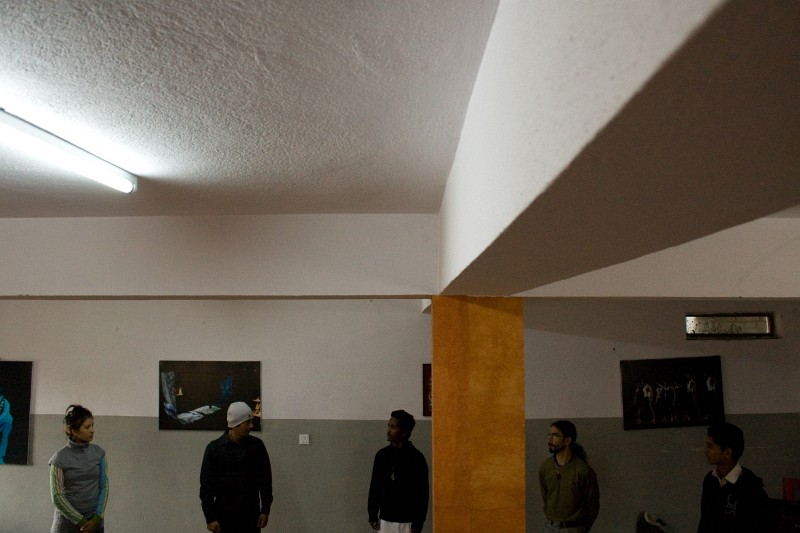 The class lasts from three to six months and costs up to 10,000 Nepal rupees. This is definitely not for the poor, that’s more than $130 USD. Anup undertakes teaching the lads starting from scratch. The complete, half-year program offers a full-fledged theatrical production as a final project. As usual, students like stuff like this. Of course, they don’t risk taking up “Waiting for Godot,” but the Theatre of the Absurd is popular among sophisticated Nepalese youth. 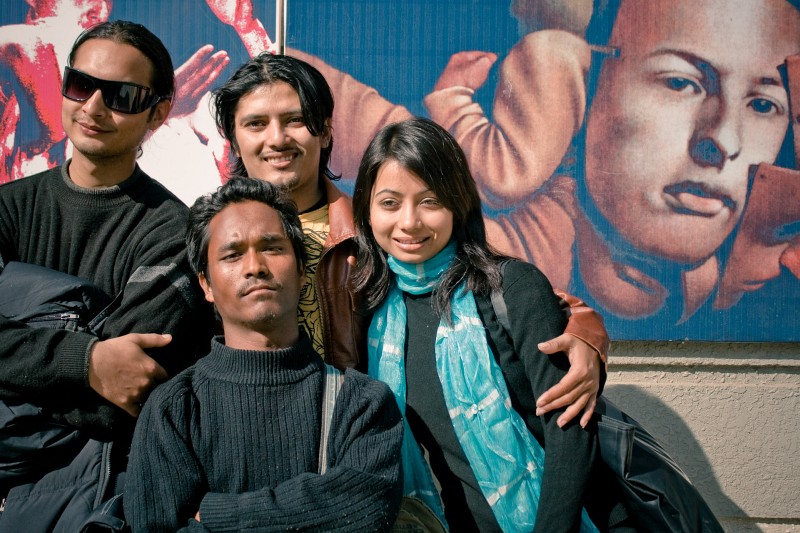